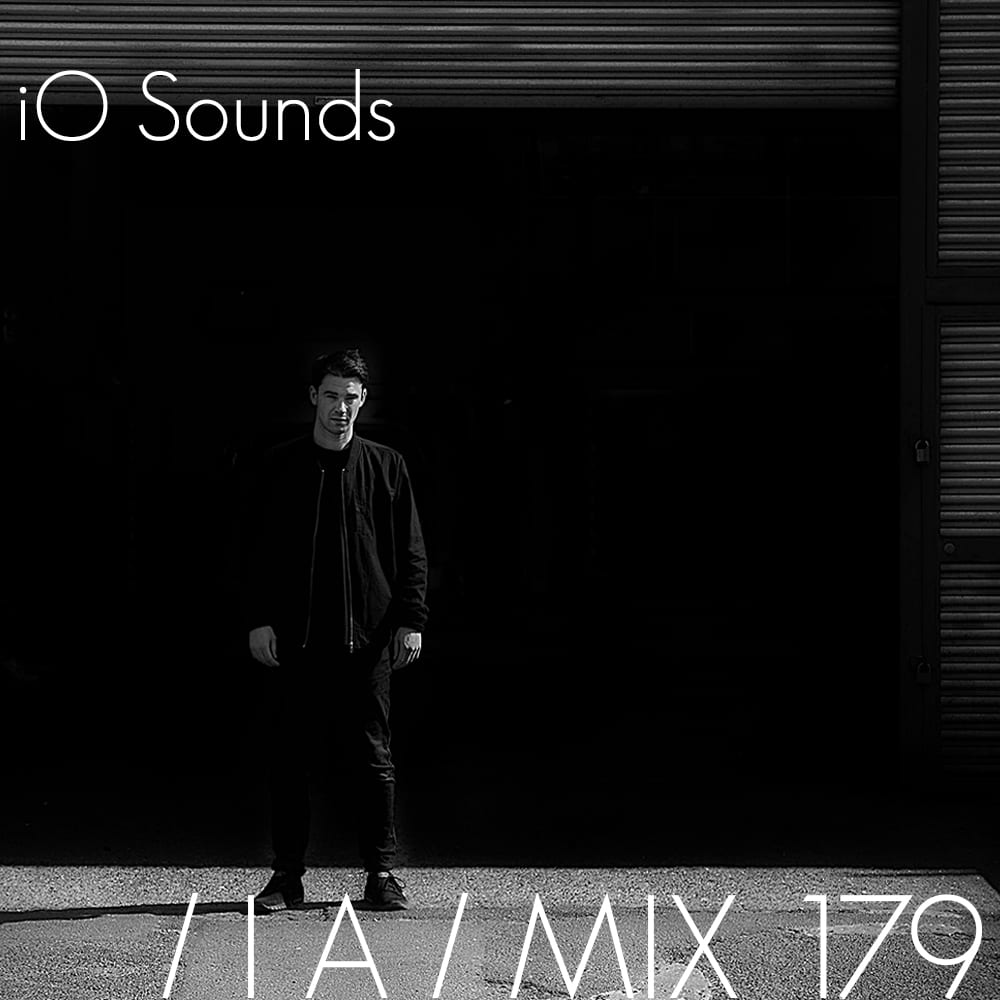 Having recently built 6 high spec creative studios in Seven Sisters, London based producer Rob Burn aka iO Sounds is firmly establishing himself as a producer to take note of. Since securing funding in 2014 from the Arts Council to build Ten 87 Studios, Rob has released two EP’s on Ralph Lawson’s 2020 Vision imprint and also signed with our friends at Derelicht artist and management agency to commission visual artist, programmer, and designer Joëlle to create a generative music platform that took three months to complete. In the interview below we discuss Rob’s career so far and what he has planned for the future.

Can you tell us about the mix and your inspiration behind the tracks you’ve selected; is there a theme or atmosphere you’ve tried to achieve with it?

I had a lot of fun recording this. It’s definitely a journey, it starts off quite slow and melodic and builds into more hard-hitting stuff. For the last 20 minutes I tried to edge it back down, playing some new records I bought recently. I also included a few dubs and unreleased tracks from myself.

There seems to be a strong landscape, almost lunar influence within your moniker. Is this intentional?

Yes definitely. Space fascinates me, and is something that influences my work for sure.

How did the name iO Sounds come about?

I was watching the Wonders Of The Universe series by professor Brain Cox. There was a whole section on Jupiter’s moons. He spoke about iO’s volcanic instability and its place in Greek mythology, and it inspired me to use it as my name.

Can you talk us through your debut release on Madtech Records and your later relationship with 2020 Vision Recordings?

My ‘Home Early EP‘ with Lakosa dropped in 2012, I’m still really proud of it. It’s a slow burning house 12″ which was definitely not a safe thing to do at the time.

You played at LWE x 2020 Vision’s May Bank Holiday Day/Night event in London, how was it?

Was a real vibe, the whole 2020 family were there to jam and the crowd was great. Got to play with Lakosa and the label manager Bobby for a few hours, and had a lot fun.

So last year Lakosa and myself secured Arts Council funding to build a load of production studios in Seven Sisters. We had both rented studios for a number of years in London. We wanted to build something that people could create, network, and feel at home in. It’s probably the most stressful, grown up, and rewarding thing we’ve ever done…It’s called Ten 87 Studios.

What’s your musical background, what did you grow up listening to and when did you get the itch to start experimenting with music?

Music was definitely a focus in our household growing up. My dad played the violin, and my stepbrother is a very talented pianist. I got into playing guitar as a teenager, and did the garage band thing. When I was at college, I started playing around with computers and making music. I didn’t really take it seriously until I was 18. I was going to go to art school, but made a last minute decision to study production.

How has the music you produce developed since your first release on Infinite Machine in 2013?

It’s chalk and cheese really. Infinite Machine are a great label but the tracks that came out in 2013 had mostly been written in 2011 and delayed for many reasons. That sound was something that became incredibly saturated and uninteresting to me. I’ve tried to progress my music in a darker and more focused way since then.

Last year I started a band project with Lakosa and a vocalist called Josh Barry. Its called Lore. It’s an outlet for our more soulful and melodic compositions:

You’ve recently signed to the Derelicht booking & management agency. Can you tell us how this came about and what you hope to achieve with Derelicht?

Derelicht approached me after my first release on 2020. What really attracted me to them was that they were doing something different, and moving forward as a collective. The work we have done together has already been very exciting, and I look forward to more of the same in the future.

We noticed the recent Creators Project feature for the collaboration with Joelle, how did that project originate and does this mean there are further live audio / visual projects in the pipeline?

I’ve wanted to collaborate with a visual artist for a long time. When I started working with Derelicht it was the first thing I asked about, and one of the reasons that I was attracted to them as a booking agent. I would love to work with Jöelle again at some point in the future. She’s an incredible creative and I’ve been very privileged to work with her. Nothing booked in at the moment, but never say never.

I’m definitely a fan of collaboration yes. Within an artists sound there is inevitably signatures, and stuff that’s unique to them. With someone like Lakosa it’s his drums, his rhythm, and a tough aesthetic. I’ve learnt a lot from him especially.

Where do you like to go to unwind and get away from it all?

Probably at my house, or when I travel back to see my parents. They live in the countryside next to a river, which is a good place to find sanctuary.

You’re a music engineer, is this your full time job, are you a self-starter?

It started out as a University degree. I did some work experience and placements in the industry. I worked as an engineer at a studio for three years, plus various freelance positions in-between before starting out my own studio in Seven Sisters.

Where do you tend to spend the most of your time working on your music?

I spend all my time creating music in my studio. I feel that having that separation between home and my creative life is essential to the flow of my creativity. Keeping the 9-5 routine is also a must for me.

Can you walk us through your current production set-up?

On the whole It’s pretty simple. I use logic and the EXS24 for almost everything. I’ve owned analogue drum machines, and synths in the past. But I find that speed when creating is the most important thing for me.

I record a lot of my own samples; I have various microphones, preamps, and instruments I use. I have a load of guitar pedals, which I use to manipulate sounds and make them my own in the mix down stage. My studio is based around an apogee ensemble. I use KRK VXT monitors, and a standard midi keyboard.

If you could change one thing about the music industry what would it be?

That’s hard, probably the way artists are treated by streaming services. I think Spotify and Soundcloud aren’t respecting the creators the way they should be.

What are you listening to right now?

Absolutely blown away by Paranoid London and their album. Guys like John Swing, Italo Johnson, and Florian Kupfer are definitely on rotation for me as well.

Really loved the video for fLako – Kuku out on Five Easy Pieces. Very original and I think the aesthetic really suits the music.

What have you got planned for the remainder of 2015?

That would be spoiling the surprise wouldn’t it?

Discover more about iO Sounds and Derelicht on Inverted Audio.