When I met Partok at his apartment I was surprised to hear him listening to Primal Scream’s ‘Screamadelica‘. It was weird, I’d not heard ‘Don’t Fight It, Feel It‘ for years and to hear this in the home of a DJ that I’ve seen repeatedly stun floors with vortex cyclonic techno led us straight into the deep end of his self-admitted obsession with all shapes of outsider electronic music from the early ’90s. One quick tour through his vinyl and CD collection showed there is another indie, melancholic and nostalgic side to this Berghain regular.

Turns out we have a lot more in common musically than I realised, with IDM, chromatic electronica and freaky acid house occupying an integral part of his life. He was staunchly proud to reveal his deep love for The Smiths and owns every LP they have released as well as his treasured collection of Israeli music. He is still passionate about records, buying more frequently than ever before and always has space in a suitcase after a trip home to Tel Aviv or to NYC.

Consciously he has averted the mainstream, interviews and mix requests over the years, despite having held down long-lasting residencies at PAG and The Block, two of Tel Aviv’s finest clubs, over the past 20 years. Partok has, though, during those years, been emblazoning a strain of fabulously queer, boisterous and beautiful music in Europe and the USA. His style is a composite synthesis of years spent in clubs, therefore not easy to describe and is keen to point out he’s not defined by a genre or tempo but more of a feeling or a state of mind. It’s a mood.

He is affable, has the cutest USB case and above all very accommodating. In this interview, we look back at his origins as a DJ, his extensive record collection, DJing style and his new party series he’s organising together with Roi Perez and IA MIX alumni David Elimelech. He also reflects on this summer’s Glastonbury experience where he returned to play at his beloved Block9 stage, and brought this fully enlightening experience into his mix preparation.

Partok’s Inverted Audio mix finds him occupying a space between worlds, drifting lucidly amidst moods that could suit any number of different parties or floors. The prismatic and funky vibe draws on the spirit of acid house with toms, drums, frequent psychedelic vocal trips and a mix so full of gems that these secretive tracks can never, ever be disclosed. There are scents of breakbeat, whiffs of rave, and puffs of magic that help show Partok in one of his upbeat, vivacious and evocative moments. 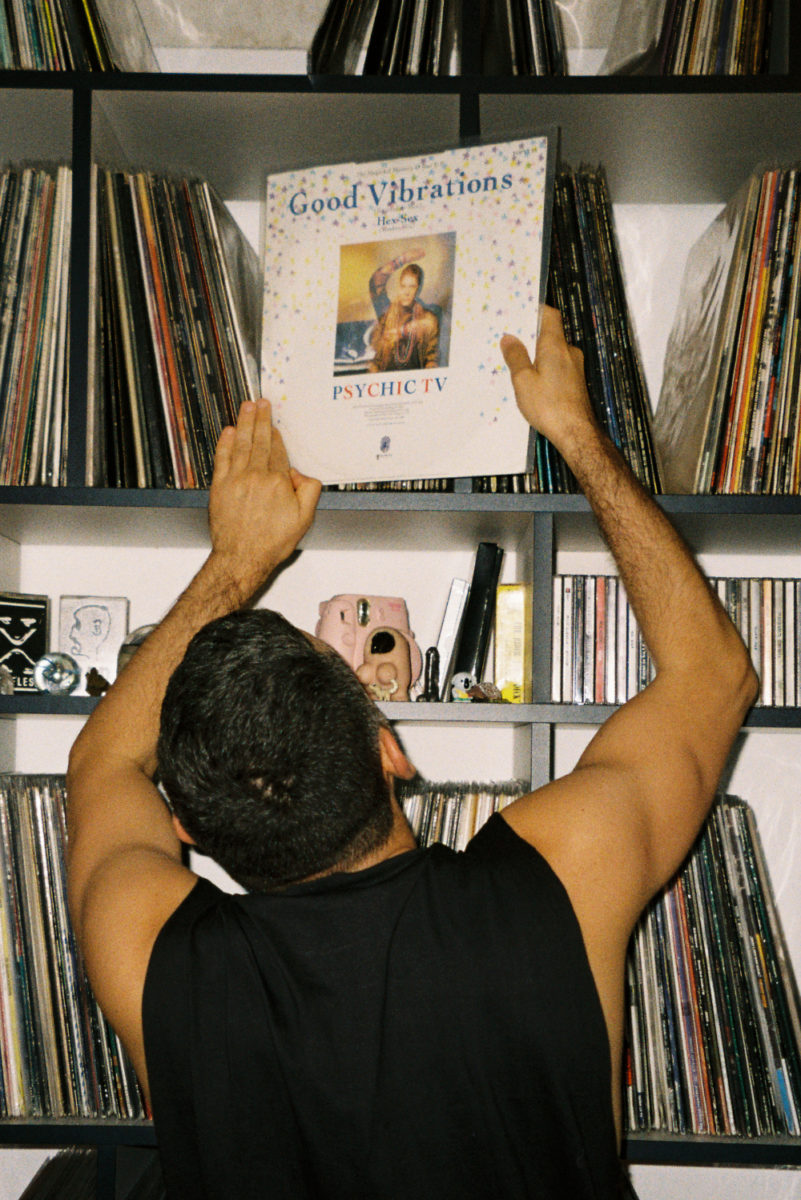 You don’t often record mixes or publish interviews despite being in the industry for quite some time. Is that a conscious choice?

Yeah, it has been quite some time since I recorded a mix. There’s no specific reason for it, I usually like to take my time with it [laughs].  Also during Covid, I got pretty secluded and was far from being in a sharing mood. I can happily say I feel quite the opposite now but it took time getting from there to here.

What is your usual approach to recording mixes?

It changes, sometimes I’m coming to the recording with a solid idea and track list. But sometimes, like with this mix, I’m sorting a big bunch of optional stuff I’m currently feeling and recording some unplanned takes. Then I listen to these takes getting to the final idea of the mix from there.

Did you have something more specific in mind for your Inverted Audio mix?

It’s more on the clubby side this one and it’s pretty much an insight into my world.

Where & how was the mix recorded?

This is my usual setup at home, x2 CDJs and x2 1210s and an Allen & Heath Xone 92 mixer. There are some records in the mix but it’s mostly CDJ work.

Do you do much editing in Ableton once you record a mix?

Not really, if I’m not happy with a mix I’ll just record it again.

So you would never attempt to slice together a dodgy mix inside Ableton?

It’ll take me 10 times longer trying to edit it in a program than to record it again. I like using a lot of the mixer features when I mix, EQ, filters, and resonance. Honestly, I wouldn’t even know how to replicate it in a program.

You have an extensive record collection at home, but you also have more CDs than I’ve seen in a long time.

Yes, I have about 6000 CD’S at my parent’s house in Tel Aviv and I don’t know what to do with them. I brought here to Berlin all the Hebrew collection and rarities and stuff that are only out on CD’s etc, but the rest is a conundrum. I can’t get myself to sell them and it’s pretty crazy moving them all to Berlin too.

Do you still listen to CD’s at home?

Sometimes I use that exciting and forgotten option of putting the CD in the CDJ, but not that often.

Have you ever thought about selling your collection?

Everything you see here in my home is unsellable.

What is the ‘Volume 1-11’ anthology you have on the shelf?

This is a series from the UK from the early 90s called ‘Volume’. Each one is a little magazine. All the tracks in each collection were always previously unreleased and it was a mixture of Indie, electronica, IDM, shoegaze and a lot of in-betweens that were flourishing in those years. From stuff like Curve, New Order and all the 4AD acts to Autechre, Sabres of Paradise and The Orb. A lot of the pillars of that era. Some tracks on these can be found only in these compilations until this day.

How would you describe your record collection? Are there certain records here you keep pristine & purely use for home listening?

It’s divided into the DJ’ing Section and the Collection Section. There are, of course, some that can fit both but they will probably be in the DJing Section.

How many records do you still have in Tel Aviv?

I would estimate that I have about 30% of records still in Tel Aviv. I continue to bring them back in small packs with each visit.

Do you tend to rip a lot of records?

Yes, many of the tracks I play are records I bought and ripped. Playing records is fun but I use the loops and cues and jumps quite a lot so a girl needs her tracks ripped and onto the USB. 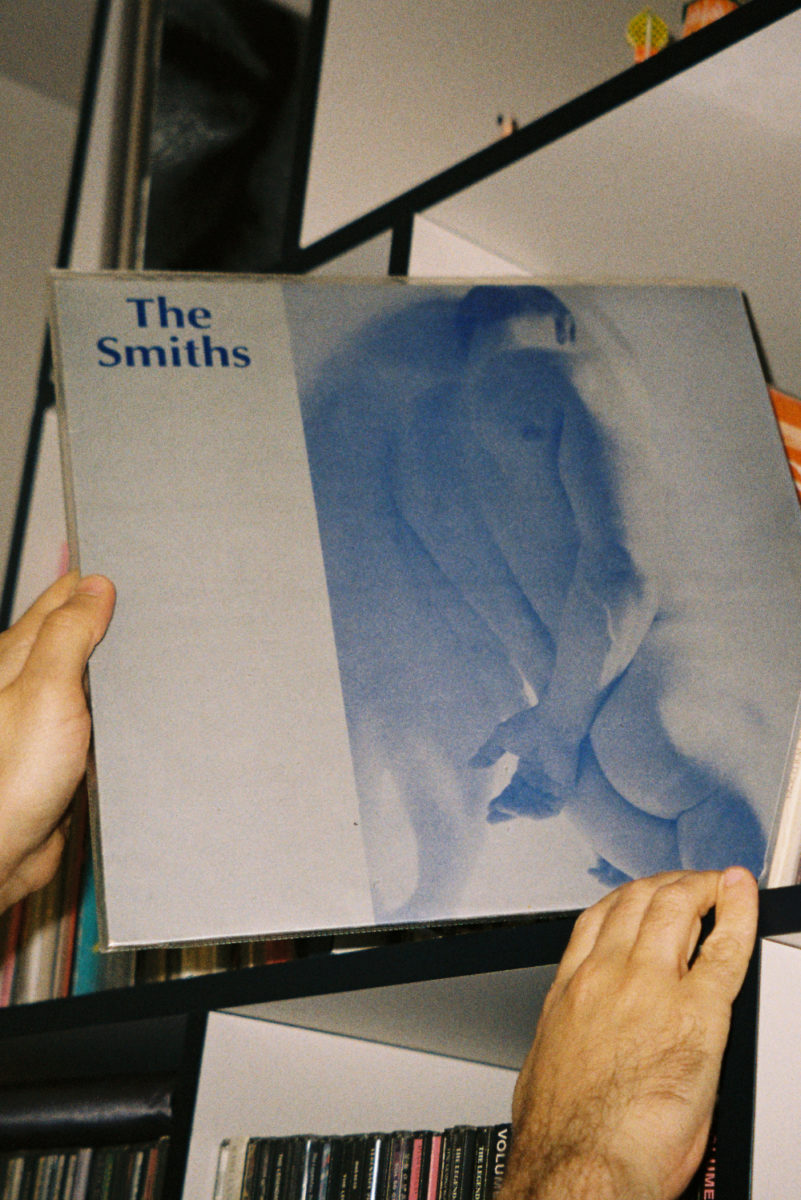 Do you rip the tracks yourself? What sort of ripping station do you have?

I have a cute phono preamp and an Apogee sound card but the secret ingredient is a Nagaoka needle. I also do a bit of work to the file after recording.

Where are you usually buying records from?

Anywhere I can [laughs]. In Berlin, my favourite record stores are Audio In and Sound Metaphors. I do a lot of Discogs, and I can spend days on the site. I also love getting records in other cities. My latest discovery is Ergot Records in New York.

For those not so familiar with your background, when did you start DJ’ing?

Around 22 years ago. I started playing in bars in Tel Aviv and graduated into clubs and parties. I became the resident of PAG, a notorious queer party and did that for 11 years. The first 8 years were on a weekly basis and that was a huge part of what shaped me. I feel very lucky to have had that experience. I was also a resident of The Block club for many years and ran many parties of my own.

From a very early age, I was going to any party I could. I was still in the closet and partying felt like complete freedom so that was all I wanted to do. I did the gay parties, the raves, indie parties, goth parties, everything and more [laughs]. There were techno raves happening in abandoned garages in the south of the city in the 90s and the DJs there were wild, especially Ori Lichtik and Avner Malka. These events really sparked my passion to become a DJ.

You are known for being a diverse selector. Is diversity something you have been consciously striving for?

Mmmm, I’d say it’s coming from playing what I like [laughs]. Maybe the diversity comes from being a resident of clubs for many years. You’re doing many different types of slots and what that brings is that your voice or style is not defined by a genre or a bpm. It’s more aesthetics, energy, the moods you live in etc.

You’ve been a regular at Glastonbury and were back there this summer after a 3-year hiatus. How was it?

Yeah, I played at Genosys stage at Block9. Block9 is an area of stages and clubs dedicated to electronic music and queer culture with the highest levels of art and production in every aspect. There really is nothing like it. I have been lucky to play at Glastonbury since 2014 and this year was extra special because it was the festival’s comeback after 3 years of absence and everyone was super excited. I got to close that stage on Saturday at sunrise and a giant rainbow appeared in the sky during the last part. It was pretty wild and unforgettable.

You have been involved in a new party called ‘Laundrette’ at Phi Garden, which includes two other Israelis in Berlin, Roi Perez and David Elimelech. Who came up with the idea for the party and the name?

Yes, LAUNDRETTE is our new baby and it’s very special. Roi, David and I are very good friends and during mid-2021 Tel Aviv was one of the first cities to open its nightlife when everywhere else was still shut down. So all 3 of us were there for a while during that time so we thought that’s a good opportunity to do a party of our own. Phi Garden is a very special queer venue and it fits us and for LAUNDRETTE perfectly. They are marathon parties and at the last one, we played 15.5 hours of B2B2B.

Where did the name come from?

The name comes from the 1985 queer movie ‘My Beautiful Laundrette’. And we loved the cleaning reference and the Frenchness of it.

Do you have plans to take ‘Laundrette’ on tour to different cities?

Yes actually, we played together in Budapest a couple of months back and there are some future plans too, we’re very excited about it.

What gigs or parties are you most excited about this year?

Definitely our next LAUNDRETTE in October, let’s see how long we’ll play this one. And looking forward to touring Asia for the first time in November. I was supposed to in early 2020 and we all know how that ended, so that’s very exciting.