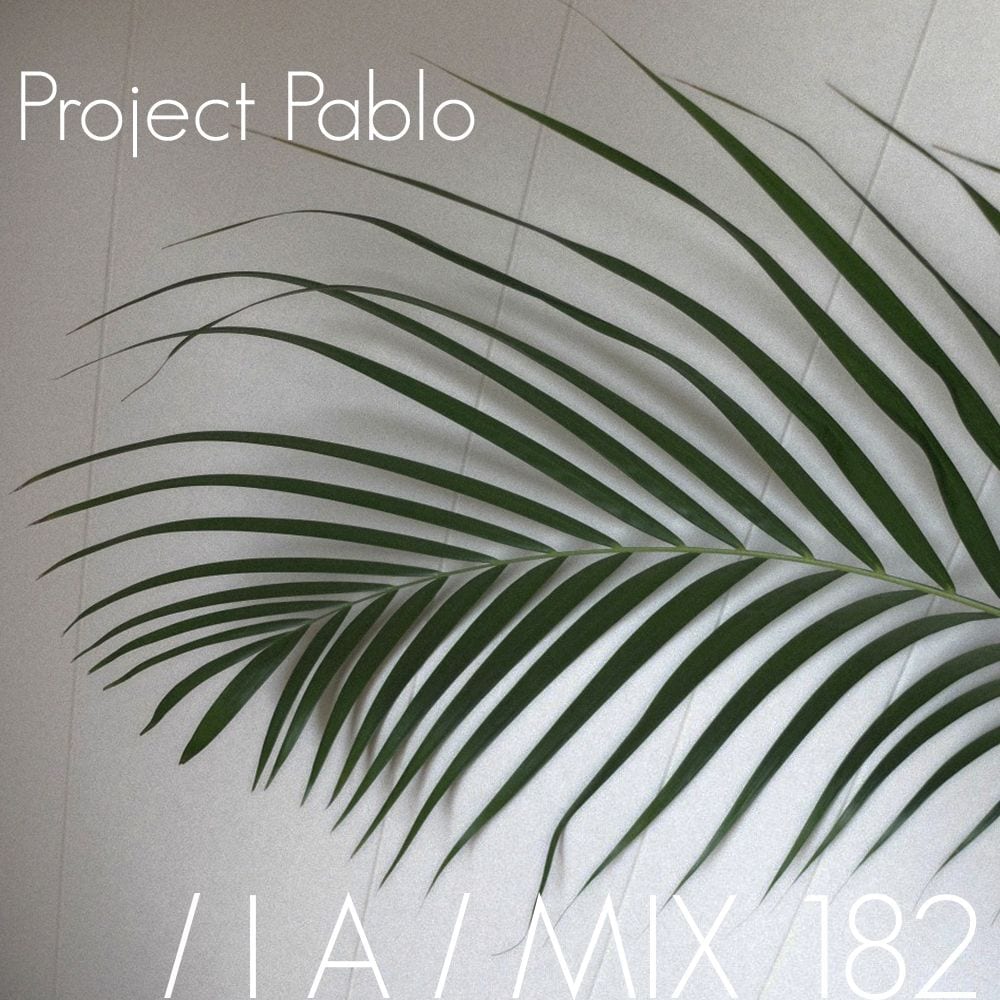 Despite moving to Montreal, Project Pablo remains a pure product of the Vancouver house lineage. Originally going under the name of 8prn, Patrick decided to shake things off, switch monikers and let his music grow closer to his inner state of mind. From “Utensils“, the straight bouncy slice he put out on the undervalued Hybridity in late 2014, to his debut album “I Want To Believe“, released on tape format via Richard MacFarlane’s 1080p a few months ago, the evolution is nothing short of impressive. Feel that funk-soaked, breezy air? This heatwave is about to get sunstroke.

Hey Patrick, thanks for recording this mix! It’s everything we could expect from you: all about sun-streaked, groovy house material laced with some hazed atmospheres and acidic accentuations towards the end. Is it how you generally construct your sets?

Thanks lads ! I enjoy switching things up throughout a set, but I typically just try and feel out the vibe of a spot ; play to it and around it. This was recorded in my pal’s living room while making dinner, so the vibe was hot.

With this mix you – once again – demonstrate your skills as a selector. Do you consider yourself an alert crate digger?

I enjoy searching for tunes where ever I go, just trying to get some music history. I live a block away from a great used spot called Death of Vinyl, where I tend to spend a lot of my time.

I read that you mainly focus on buying older, North-American funk-infused material these days. Any gem you’ve been particularly enjoying lately?

Teulé’s ‘Drink on Me’ has been on repeat lately, managed to pick it up while in NYC.

In that same interview you also mentioned ‘I Want To Believe‘ was meant as a “blissful escape” from daily troubles. Is music-making your way-out from life’s vagaries?

It was when writing that album, but not so much at the moment. I currently spend all of my time working on music, I don’t have anything to escape from. I feel it’s more a way of enjoying/celebrating life in general.

You started producing music under the name of 8prn then switched to Project Pablo. What didn’t feel right about your initial identity and sound? Why did you feel the need to shed skins?

I felt a little pigeon-holed within a certain style at that point, and was searching for an overall change. Starting fresh, with no expectations, felt really good, and resulted in a lot of music making.

Your debut ‘Utensils EP‘ came out on Vancouver via NY-based outlet Hybridity. The sound was more raw and bouncy and it made for a clearly more dancefloor-aimed record. You said it wasn’t “entirely honest” though. Did you reach that ‘sincerity’ you were looking for with ‘I Want To Believe’?

Yeah, I think so. Looking back I felt I got carried away and was being a little ignorant when making that EP. It was a functional experiment for a context I didn’t understand ; I was trying too hard. For the tape I relaxed, jammed without dancefloor functionality in mind, and things flowed.

In just a couple of years, 1080p has set up one of the most captivating catalogues out there, navigating between retro-inflected fetishism and uninhibited futurism. Now it feels like they are strongly redefining today’s musical landscape with every release, just like your own sound. How and when did the idea of releasing your debut album on the Vancouver label first come up?

I had asked Richard at a 1080p party once about doing a tape last summer, but it wasn’t until later in the year, after hanging together in Montreal, that it was decided upon. I had just moved here, from Vancouver, and had a lot of free time on my hands, so things worked out smoothly.

Your music is a subtle balance between tropical-hot grooves, light-hearted melodies and nostalgic synth layers. Where do you draw your inspiration from?

A lot of Montreal based bands like Tops, Sean Nicholas Savage, and NONI WO. All of their tunes are full of inspiring grooves and melodies. Certain older records have been a big inspiration as of late too, like Lonnie Liston Smith’s ‘Visions of a New World’ and ‘Ilo Abu Chi’ by Celestine Ukwu & his Philosophers National. Their pacing and arrangment really gets me!

You grew up in Vancouver, a city that has always had a big influence on Canadian music in general – not just electronic but also a great rock and hardcore scene too. What did urge you to move to Montreal?

The cost of living is almost halved in Montreal in comparison to Vancouver. I knew I could move here and focus on music without the distraction of money worries. There are a lot of folks that came here for a similar reason, making for a pleasant transition.

Montreal is also much closer to a variety of cities. NYC, Toronto, Detroit and Chicago are within driving distance, making little tours very realistic. Vancouver is an amazing place to live, but isn’t realistic for me. After growing up there, it is great to switch things up.

What’s been the biggest change in your lifestyle since moving?

Not having a ‘real’ job.

Where do you hang out in Montreal? Any club, bar, record-store or simply beautiful place you’d recommend to our fellow readers?

I rarely leave my wonderful neighbourhood, Little Italy, but when I do I’d probably go to either of these places : Datcha is a great place to enjoy music or play a gig, Death of Vinyl & Atom Heart are great record shops, and walking up Mount Royal is a blissful summer activity.

Which artists and labels are on your radar at the moment?

J Albert has been putting out excellent records this year, Unknown Mobile just released his debut that is quite the trip and Jayda G. released a fun collaboration with DJ Fett Burger called ‘Velvet Vortex‘, I’m hoping she’ll be getting some new stuff out there soon too!

As for labels, a new imprint from Montreal just popped up called Collect Call, they’ve got a couple solid things in the pipeline, with a heavy record from Autralian based Mall Grab already out.

Can you tell us about your future release plans and coming projects?

I’m not sure if I can talk about it fully yet, but I’ve got a record in collaboration with Wolfey coming at the beginnig of 2016, and am just sorting out plans for a solo release. Two tunes should pop up on various artist compilations soon too.

Discover more about Project Pablo and 1080p on Inverted Audio.