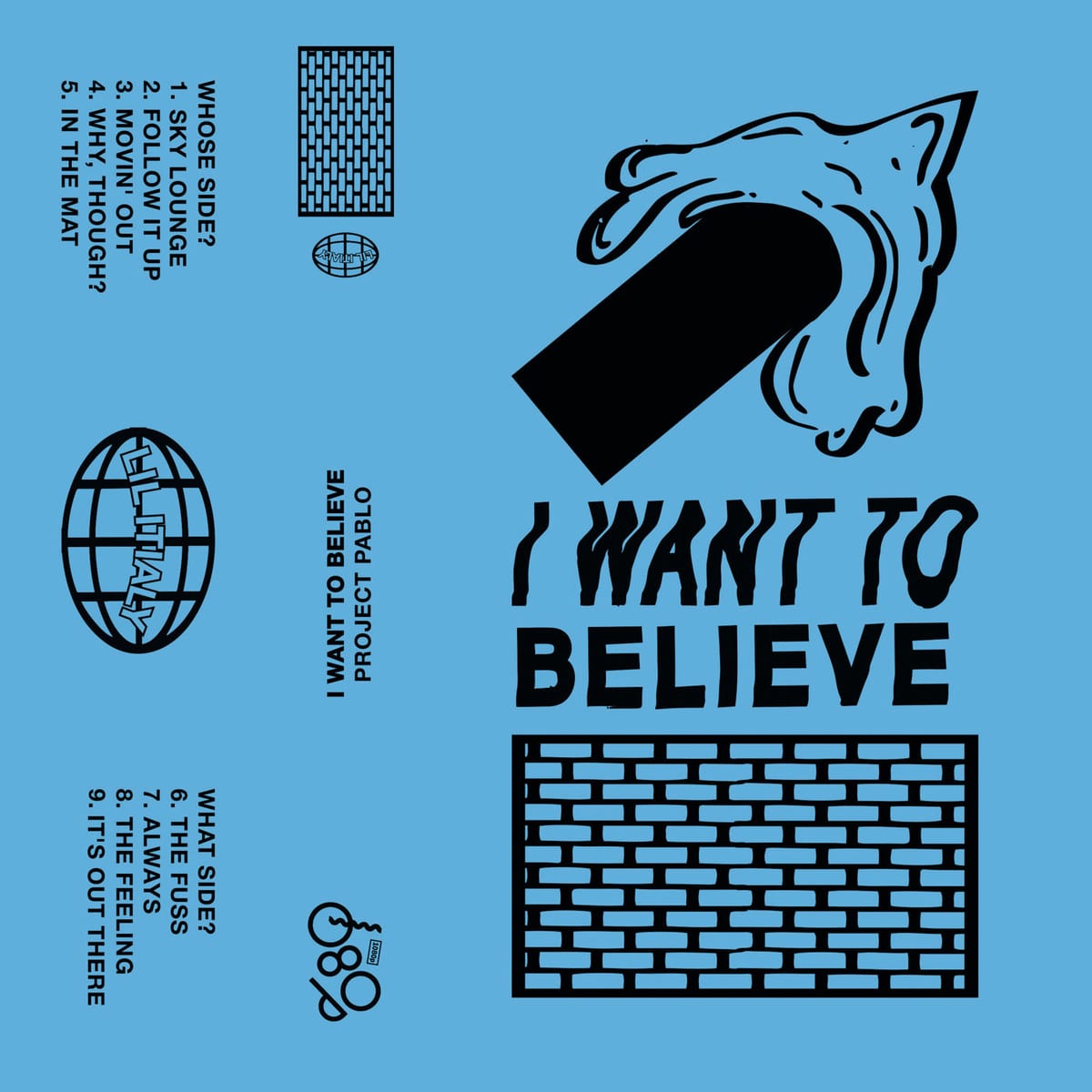 Vancouver is on fire at the moment. Between 1080p and Mood Hut, Canada’s coastal city has got the modern house game all sewn up. Such scenes form when the stars align just right, and Vancouver’s two primo imprints have embraced a contemporary blend of ambient, funk and house at just the right time. 1080p in particular always has a busy schedule, and the best of their recent crop is surely Project Pablo’s debut LP ‘I Want To Believe’, a sublime confection of warm, jazzy club tracks not afraid to make us feel good.

Pablo, co-owner of Montreal’s ASL Singles Club imprint, served up two capable EPs on Hybridity last year that hinted at the sound this LP encapsulates, but both lacked the inviting personality of the material we’ve got here. After a brief (and hilarious) vocal sample, opener Sky Lounge lays out the sound that dominates I Want To Believe. The beats crunch and shuffle, lush pads drift like smoke, and the basslines are summoned straight from a 70s funk record. Then there’s the rising melody, hitting the perfect balance between hope and introspection. With this first track, Project Pablo hits a wondrous note which he sustains across the album without a single misstep.

These tracks are all cut from the same cloth, each beckoning the listener to shuffle on over, but I Want To Believe is not lacking in diversity. Early highlight Movin’ Out is more club-centric, a supremely chilled sax wafting over soupy chords and a tougher rhythm section, Always twins a didgeridoo-like bassline with kaleidoscopic keys, and later The Feeling adds swooning strings and bright flashes of modern house synthwork. Nor is every track quite so upbeat: things get pensive with the animal calls and wriggling melody of In The Mat, while The Fuss adds a rare vocal to oversee the dialogue between a tumbling block melody and a growling bassline, pure funk without threat.

The nine tracks on I Want To Believe’s cassette are golden: bouncy live-style jams drawn with clean lines rather than the excessive fuzz that many of his contemporaries use to drown their grooves. The collection taps a similar vein to Jack J’s memorable outing on Mood Hut last year, and it’s the ultimate soundtrack for a sunny day. Listening to I Want To Believe, faces seem happier, objects prettier, and all those pesky problems seem like they might just work out okay, after all.

I Want To Believe is out now on 1080p, order a copy from Bandcamp.

Discover more about Project Pablo and 1080p on Inverted Audio.