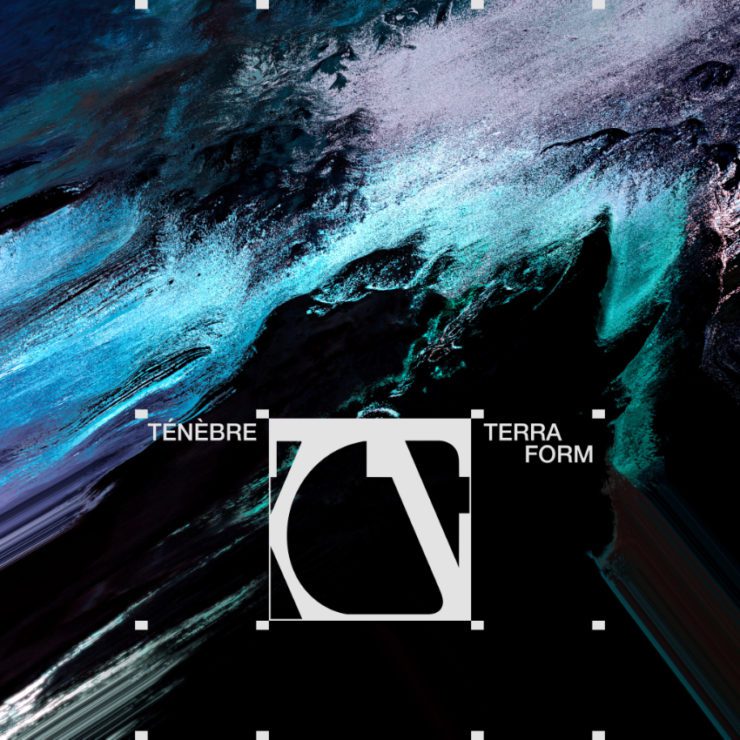 After the morphic riot of the ‘Hybrids‘ EP released earlier in the year, YUKU from Prague grant an additional full-length audience with French producer Ténèbre with his ‘Terraform‘ LP.

The mutant bass heard throughout the ruff-n-ready preceding EP is also heard clearly across the full album, but there’s a much more eloquent voice to be heard on ‘Terraform‘, too, with longer stretches of ambient music emerging on spacious and gritty tracks such as ‘Frost‘. These still bear similarity to the punch of prior Ténèbre material YUKU has exposed us to, but extrapolate the sound design from the club to a listening experience.

Initially composed from an exercise in collating, the album was composed with an intended narrative — derived from years of editing and birthing tracks from unfinished projects — running from start to finish, ‘Dawn‘ until ‘Dusk‘.

Our premiere, ‘Ultramarine‘, lifts the listener out of the bright and high-contrast opening track, ‘Dawn‘, and casts them into a more introspective realm, inundated with spaciousness. Flecks of breaks splinter over the surging basslines and moody melodies, shuffling itself into a 2-step beat reminiscent of certain early UK dubstep producers, steadily assembling itself into a groove without hurry or an aggressive push. This of itself is an interesting departure from the producer’s ‘floor material, demonstrating the producer can work just as well with introverted realms as with boisterous club gear.

‘Terraform’ is scheduled for release 21 July via YUKU. Order a copy from Bandcamp.