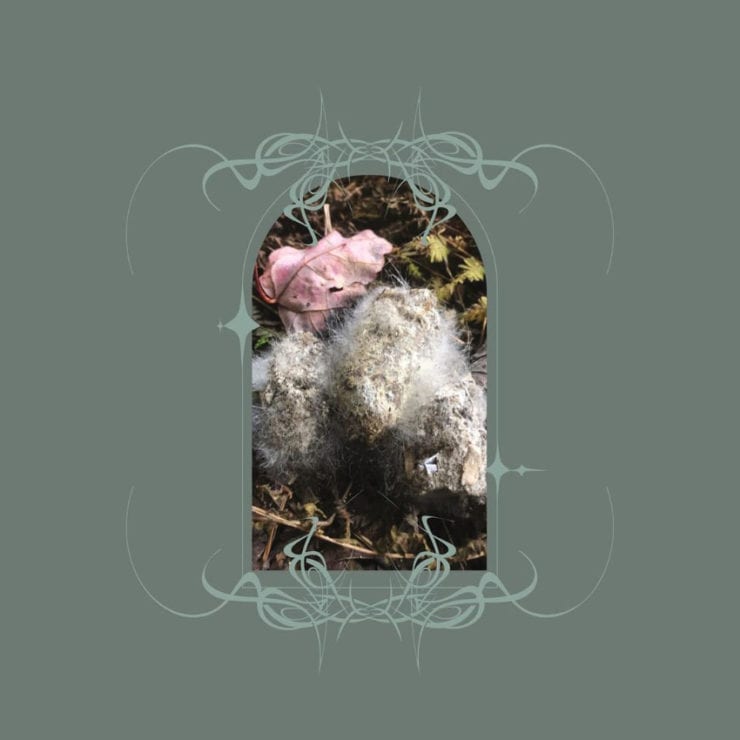 It’s a challenge to write about ‘Glans Intercum‘, Ben Bondy‘s album for West Mineral Ltd, using the term “ambient”, and yet also a challenge to refrain from defining it as such. As with other musics released by West Mineral Ltd. and Experiences Ltd. artists in recent years, the album takes the previous definitions of the genre, and makes a scrunched-up paper ball of them.

Here and there, the face of that ball clearly shows a given familiar trope in the modern ambient toolkit — smooth, glistening landscapes, muted synths warming the air, or tactile granules of sound flickering and popping — but the entire object is something more rough and broken, with lines and shapes truncated, disappearing into a crevice and emerging on the adjacent side something else entirely.

It’s in this way that Bondy composes on ‘Glans Intercum‘: the closing track, which gives the album its name also, may be like an early morning riverside stroll on wet, dewy grass, but opener ‘Rest‘ is a throat-gripping fragment of twisted shrapnel and piercing frequencies, a direct contradiction to the connotations of the title.

That contradiction can also suggest a theme of the album: to supplant the long-held values of what ambient music is for, and replace it with a more modern and exploratory version of the genre. The premise behind the often-quoted formative ambient works was to relax the listener, or to paint an environment in sound which could be nearly ignored, but nevertheless gave a new colour to the room.

But the world has changed since the early days of Brian Eno, and the minds of people have changed with it, characterised perhaps by overstimulation, or an unending barrage to the senses from all sides. Bondy seems to have navigated between both the clear influence of ambient forerunners, and the more recently minted genres of breakcore, jungle and post-club, and come through the other side understanding the potential of a harmony between — the results of which result in some of the most innovative and relevant music going today.

‘Drip on Nape‘ draws darkly emotive forms and sudden leaps into broken glass, merging with rearing stabs of non-linear kick drums that draw on the neo-jungle, post-club palette, a Pollock-esque splatter of frenzied clutter that nonetheless makes absolute sense. The subsequent ‘Ven‘ slides in like a cool river to ease the hurt, peaceable and lax melodies nestled amongst the filtered whisps of percussion and digital artefacts.

With just these two examples there is a vision of a new movement, one which doesn’t see ambient music as something that must be so placid, so intentionally without much rhythm or form, and yet something that wishes to remain separate from the total excess and chaos of the world of club music. In practice, ‘Glans Intercum‘ feels like an exploration of writing music for filtering out the loudest parts of modern society with engrossing, untrackable rhythms, all the while balanced with frequencies that seem to nullify parts of itself.

On the tracks featuring the warped, slowed vocal samples from Stella, the idea of a form of “ambient” music for the modern day is further clarified: again, this is nothing like the soothing vocal works we’re accustomed to in the genre, but a freakish over-exaggeration of a whisper that seems to seek to worm it’s way inside the head, rather than letting the sounds flow calmly over.

Elsewhere, on ‘Ash In Emerald Casing‘, Bondy collides the two spheres of influence utterly, with no real form of separation between the calming effect of the ambient elements and the frantic drums. ‘Skizz’ is a minimalist masterpiece, the brief spaces between the chaotic sequences doing more to bring the mood into a more relaxed one than the sparse ambient harmonies.

Finally, a return to ‘Glans Intercum‘, the closing track: it’s here we are reminded again that this is an album, ultimately, for introverted moments, for in-between moments and for blotting out the roughest, loudest moments of modern life. But, this much is clear: the label ‘ambient’ is woefully inadequate for this growing branch of music.

‘Glans Intercum’ is scheduled for release sometime in July via West Mineral Ltd. Order a copy from Bandcamp.