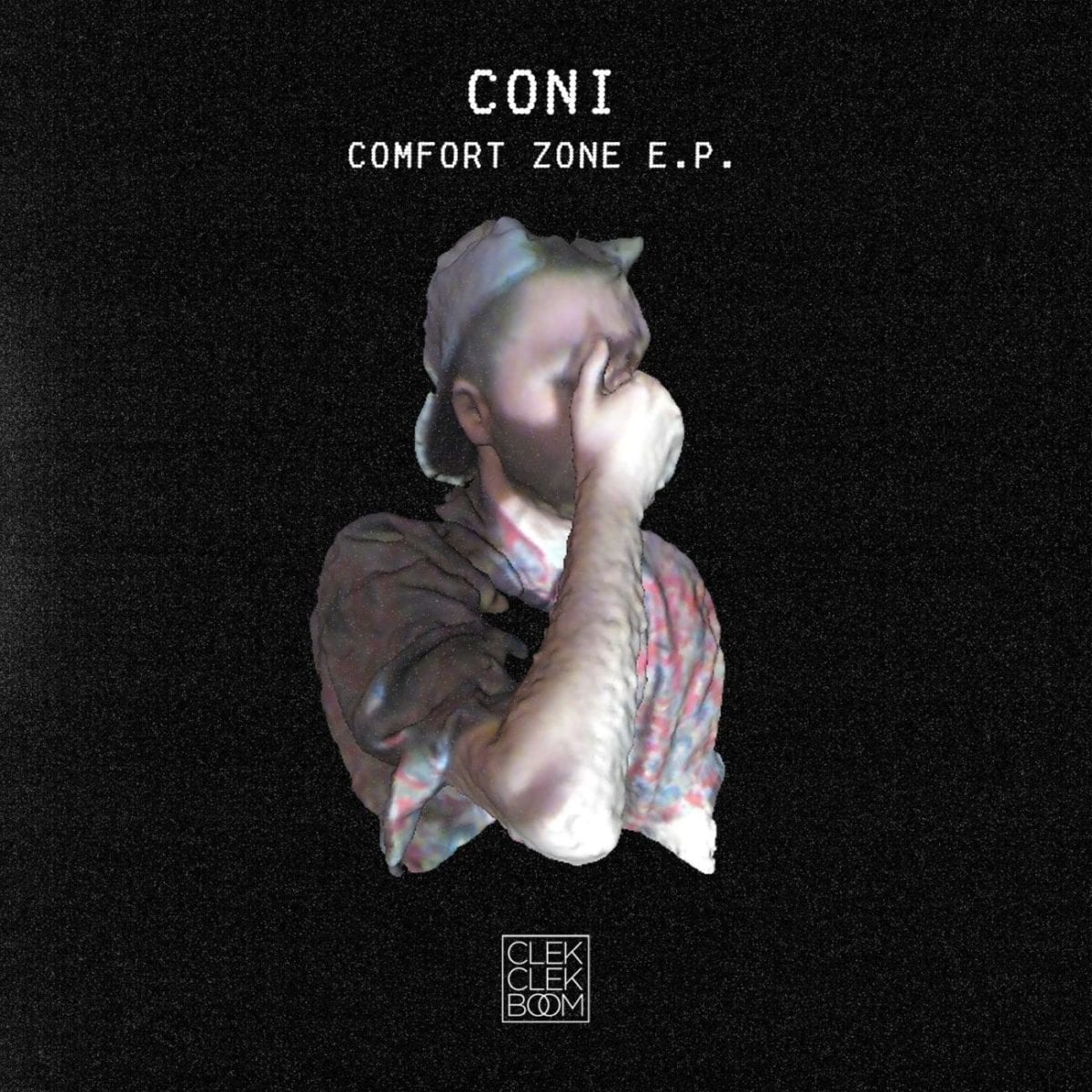 The long standing stalwart of ClekClekBoom, Coni rose to prominence last summer as one of the many emerging French talents his label can proudly boast. While some could argue that the Parisian has for too long lurked in the shadows of other peers and predecessors, Comfort Zone will surely leave no doubt in his stylistic capabilities, unleashing a four track EP of ghetto house goodness.

Versatility is the key here. ‘The Opposite‘ makes for a bouncy opener and becomes an anthem in its own right; warm grooves are accompanied by the most unforgiving of drums, the kind we have now grown accustomed to and to which the producer is only more than happy to indulge us in. On a similar vibe is ‘Napalm‘, Coni’s homage to the retro, swinging wonders of times gone by.

‘Bunkers Groove’ has a significantly different scope, Coni now replacing any semblance of whimsicality with a dark, Hitchcockian like tension which he builds nicely. His swansong is the soothing ‘Exit to the Comfort Zone’ which can only be described as some kind of sonic voyage through space and time. A ghost like voice lingers throughout, barely decipherable against a backdrop layered with cosmic synths and otherworldly sci fi glitches.

Ending on an abstract note such as this could have so easily felt out place considering the rest of the material but resourceful as he is, Coni manages to make even those most tranquil of moments seem louder than you could have ever thought possible.

For all intents and purposes, the final result is nothing short of formidable in its deployment and despite having had to share the frontline with loftier names for some time, Coni’s latest release serves as a further development to his ever growing arsenal, now surely worthy of any dance floor in the land. Comfort Zone is metamorphosis for the Frenchman from lowly rank into a phoenix risen, consolidating his presence in the house scene as one which could never be overlooked again; after all, every war needs a general and in this instance Coni reigns supreme.

Download Coni’s mix for IA and read the interview here.

Discover more about Coni and ClekClekBoom on Inverted Audio