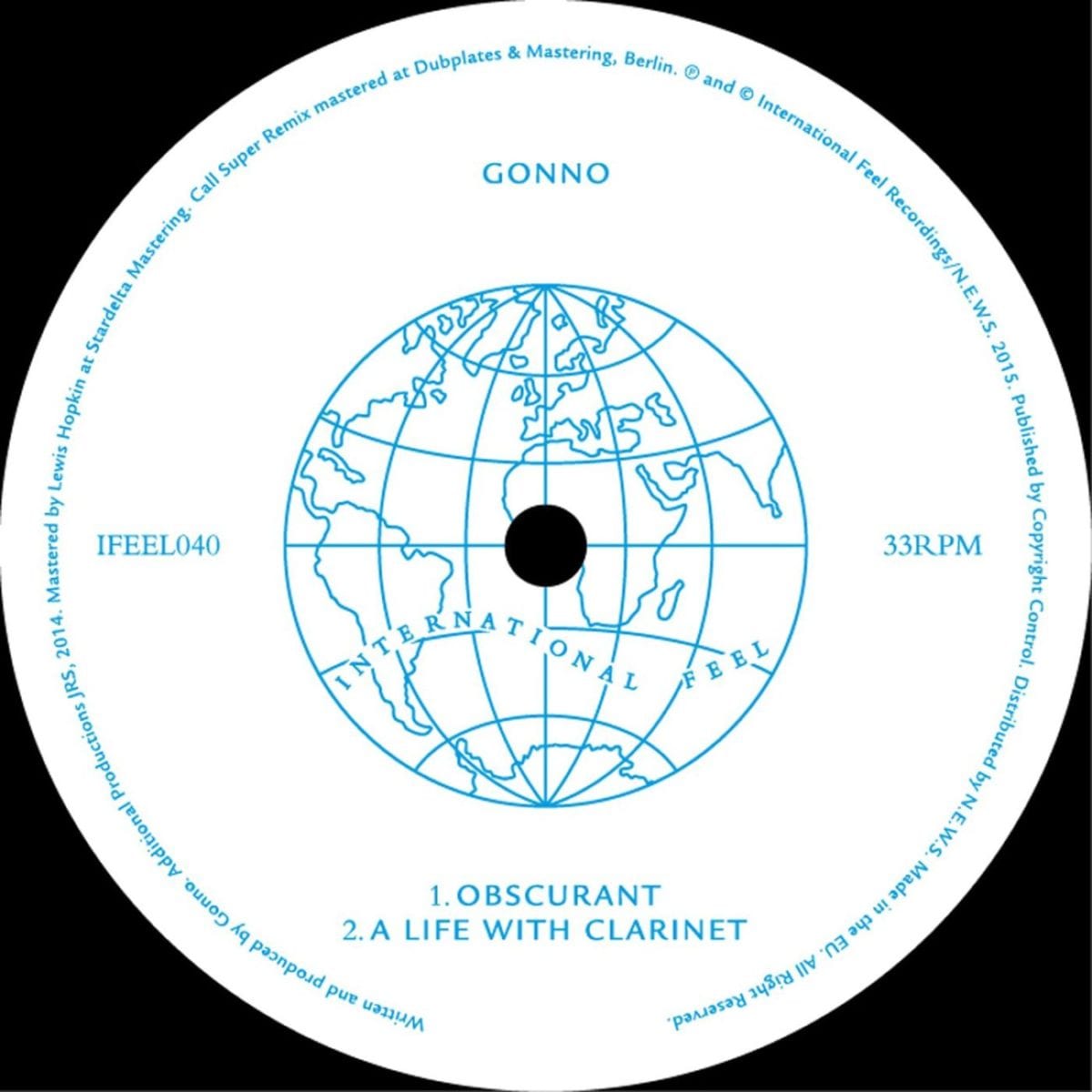 Mark Barrott’s International Feel has quickly moved from Balearic curio to a well oiled machine. From limited batches of releases – with last year’s re-issues of Parada 88’s You’re Gonna Miss Me and Adventure Party from The Young Gentleman’s Adventure Society being most welcome – International Feel has spearheaded the return to the sound of the White Isle more than any other. Its most notable achievement has been luring legends Jose Padilla and DJ Harvey out of hiatus, both hitting the scene again as it is at its most ripe and open minded for the broad horizons of their sound, as if emerging from a stifling digital smog of rigid narrow boundaries.

No singular International Feel release could be a microcosm of the label’s breadth but if there is one thing that their latest release – from Japanese artist Gonno – manages to capture, it is the exotic splendour of Mark Barrott’s vision. Gonno was originally discovered in a collaborative venture between International Feel and Fritto Morto, the 2011 release Acdise winning fans from James Holden to Laurent Garnier to Todd Terje. Three years of silence from the artist followed, until late 2014 saw the inbox of Barrott light up with the Obscurant / A Life In Clarinet double header.

As if it is an antidote to the years the leftfield and downtempo scenes spent exploring the alienating and challenging areas of electronica, A Life In Clarinet opens with beautiful cascading tropical scales. Drenched in positivity, the Summertime vibes are given a little twist when frenzied shards of percussion are dropped into the mix. Moving on its companion, there is a little hint of Carl Craig’s legendary remix of Delia Gonzalez & Gavin Russom’s Revelee as Obscurant starts to unfold, this indication of building tension bearing out as the layers unfurl into a much moodier arrangement than A Life In Clarinet.

However the best is saved for last. Usually straying away from remix work and being better known for his techno work over on Houndstooth, Call Super is drafted in for a take on Obscurant. While a surprising alliance to the casual observer, a little digging reveals that it was JR Seaton that first flagged Gonno’s Acdise to the attention of Fritto Morto. Significantly more mellowed than the likes of Depicta and Acephale, there is a mastery of dynamics usually reserved for describing the works of Terre Thaemlitz; Seaton knows when elements need to whisper and when to allow the mix to swell and crash against the rocks. The result is an electronic house moment pitched in the very same area where stone cold classics like The Beloved’s The Sun Is Rising and A Guy Called Gerald’s Voodoo Ray like to play.

There is a temptation to wave around statements of hierarchical quality when assessing a piece like A Life In Clarinet when put up against its label catalogue companions. This would be an unfair, as the sheer range offered by International Feel allows every release to stand distinct. To retain this hand crafted feel while applying scale is an impressive feat, and one that looks like it may very well continue.

A Life In Clarinet is out now on International Feel, order a vinyl copy from Juno.