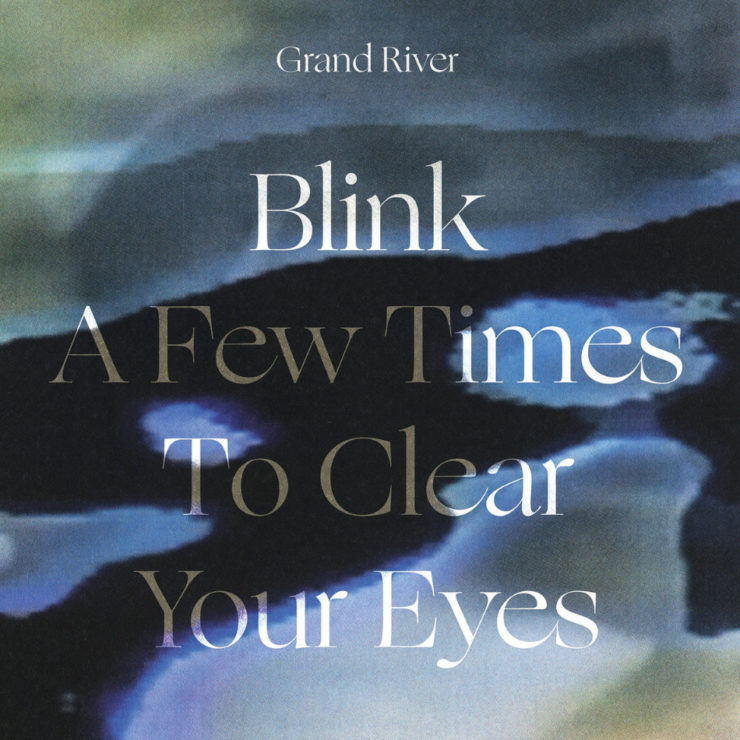 Editions Mego are on a winning streak. Fresh after releasing an ambient tour de force from Kenya’s KMRU, the latest drop comes from Italian-Dutch musician and composer Aimée Portioli, under her Grand River alias, and is equally as vital.

Neel & Donato Dozzy’s Spazio Disponible gave the world Portioli’s debut album with the enigmatic ‘Pineapple‘, a stunning collation of long-form synthesis that summoned the clarity and decisiveness of the Italian duo’s own productions, whilst also striking a definite chord of her own.

This outing on Editions Mego sees Grand River lean further into her craft, and as a result ‘Blink A Few Times To Clear Your Eyes‘ is another mesmerising album, but one which varies greatly from the colourful, modular-focussed approach on ‘Pineapple‘.

As the title may suggest, this album features passages of bleary-eyed music directly adjacent to crisp analogue/acoustic hybrids. Cleverly balancing the two demispheres present in this work, the full listening experience is like enacting the title, veering between seeing with fogged and unclouded vision.

Considering the work as a construction of two halves acts as a sort of key. Whether it’s the balance of electric synthesizers and acoustic strings (take the beautiful opener ‘Side Lengths’), or the disparity between the emotions of late-album highlights ‘Coordinates Redirect Here’ and ‘Second Half’, there’s a very real dualism across this album.

Indeed, from ‘Side Lengths’ alone you might be persuaded that this is an album of peaceful refrains, and whilst they do exist they are not without their mirror-image: ‘Coordinates Redirect Here’ is a gorgeous and elegant piece, quite without recent parallel and utterly at odds with the haunting ‘Equations For A Falling Body’.

In any situation, there never seems to be a dominant force between the meeting of the halves; many albums have been described as “balanced”, and this one thoroughly earns the description.

‘Blink A Few Times To Clear Your Eyes‘, reminiscent of the emotional power and drama of Caterina Barbieri’s ‘Ecstatic Computation‘ — and equally deserving of such high praise — achieves many great things in this album, amongst the greatest of these is Grand River’s seamless marriage of the acoustic and electronic into a composite whole that fully envelopes the listener.

‘Blink A Few Times To Clear Your Eyes’ is out now via Editions Mego. Order a copy on Bandcamp.