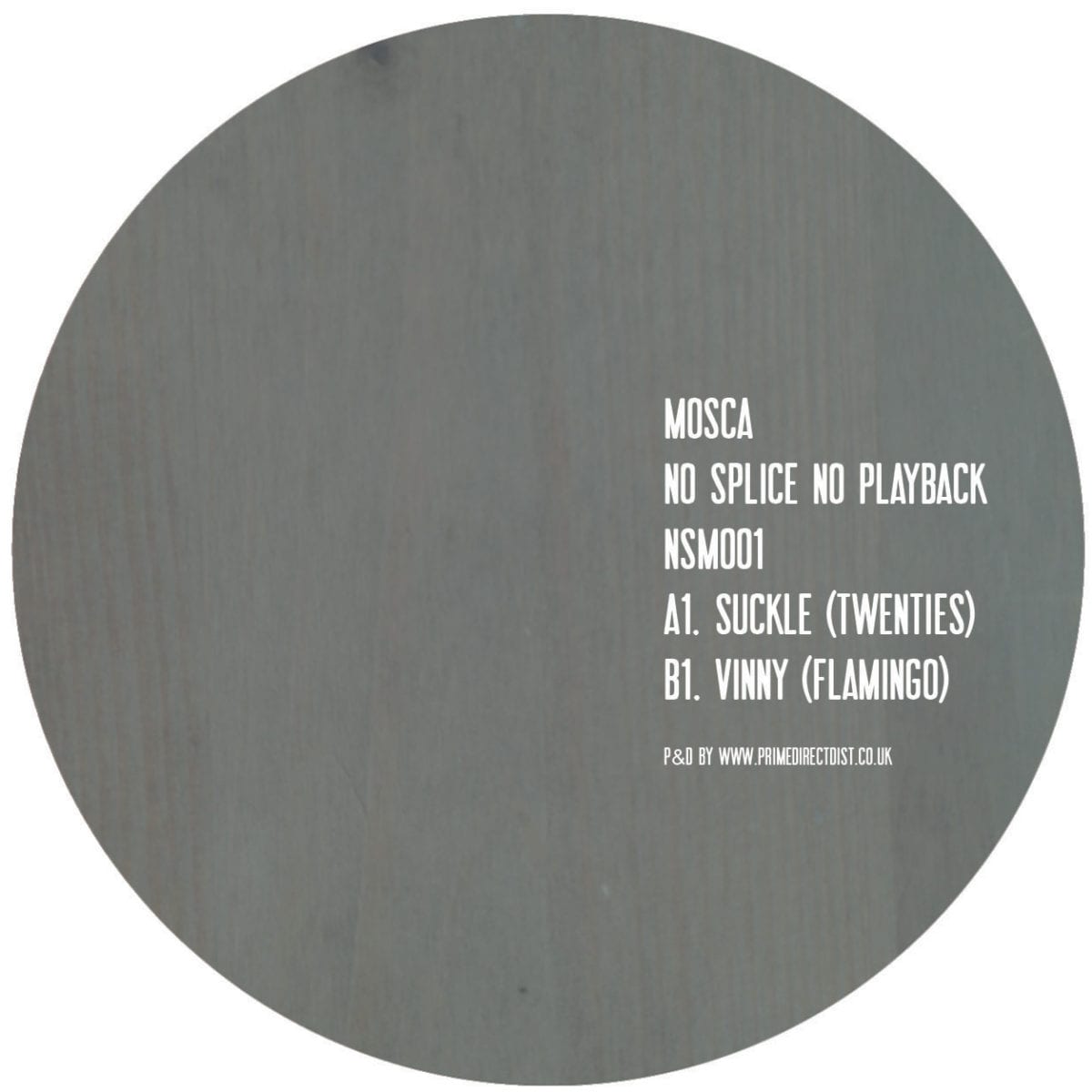 Mosca’s sound has transversed many styles and genres since his 2010 split EP with Sully. Releasing music on a variety of imprints including Fat City, Night Slugs, Numbers, 3024, Hypercolour and more recently Delsin‘s offshoot Ann Aimee. In his more recent releases Mosca has proved that he is also a talented craftsman of techno, a sound that is more mature and precise than ever. Perhaps also the right time for him to launch his own imprint Not So Much.

Don’t expect any funky bass or garage vibes here though, Mosca’s venturing into techno in a big way. He’s been developing his ghostly layers of sound, dropping kicks heavy as bricks, building upon a twisted maze he set in his Ann Aimee 12″ “A Thousand Years’ Wait“.

‘Suckle (Twenties)‘ sets the same hazy and gloomy atmosphere you could feel on the previous EP. A stomping beat leads the track while spectral chords splice over cooing vocals and vintage synths. Perforating kicks and risers echo like lasers from a distant satellite. Suckle is fuelled on diversity, the track does the job for what feels like a turning point in Mosca’s progression. Reid manages to keep his original patterns appealing, with housey chirps mixed with experimental techno. Suckle is an intelligent, adventurous and highly danceable track.

‘Vinny (Flamingo)‘ is a more ‘regular’ track compared to the previous. Mosca drops a pumping bass line, arps lapping at the surface, synths skimming along. Not as surprising and mind-bending as the A side, but is still engaging and obsessive in it’s own right. An excellent support track.

No Splice No Payback is a bold and daring two-track EP, Mosca is continually pushing his music to unexpected levels, cruising through expectations like a bushwhacker. A good omen for the future. Long live Not So Much.

Discover more about Mosca and Not So Much on Inverted Audio.