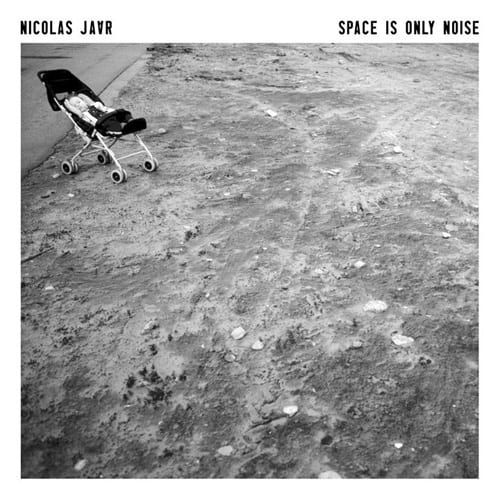 In a world where assigning traditional genres to music is becoming increasingly difficult, Nicolas Jaar sets the curve. His initially small but extremely devoted fan base have propelled him into the popular consciousness, people observed his success perplexed as his small collection of Soundclound tracks filled dance floors from Buenos Aires to Berlin in 2010.

The Chilean born, New York raised, Ivy League educated composer created his first pieces between classes at Brown University, however it is the philosophy behind his music that has given him the recognition behind his new release ‘Space Is Only Noise’. With almost as many critics as fans, Jaar’s work has been dismissed in the past as a juvenile fusion of ‘ethnic’ samples with traditional deep groove techno, to anyone but the casual listener it is obvious that there are much greater things at work than cheap sample work, even in his earliest offerings.

Nicolas Jaar establishes an emotional timbre in his work that is as exciting as it is innovative, he has successfully achieved a minimal merger between the soulfulness of Funk, the passion of his Latin influences and the acoustic abstract of Classical, all under an electronic mantle of his own devise. A curious mix, however it is exactly this grateful adoption of risk in his approach to new territory that has set his work apart from other producers.

In a slight departure from his roots, Jaar has embraced the francophone culture in ‘Space Is Only Noise’, which coupled with his signature haunting piano riffs no doubt equate to an homage of one of Jaar’s few recognised influences, Eric Satie.
‘Space Is Only Noise’ explores an extremely fine line between the dynamic of dance and ambient. The musical segment of this foray is framed by the tracks ‘Être’, guttural clicking and rushing water overlaid with samples musing on the relationship between the physical landscape, water and sky; the nature of space. The beautifully ethereal ‘Colomb’ begins our journey with an exploration of melancholy continued in ‘Sunflower’.

The album picks up speed with ‘Too Many Kids Finding Rain In The Dust’ bringing a deep, hypnotic dynamism to the table: twangy, pervasive guitar riffs prepare us for what can be considered the stand out track of this album, ‘Keep Me There’, whose deeply sensual down tempo lamentations will make your body want to move of its own accord.  The album ends on a flourishing and minimal note with the acoustic rehashing’s of the brilliant ‘Variations’.

Nicolas Jaar sets the bar high with this offering, in an age where electronic artists are a dime a dozen, he has carved himself a comfortable niche. From this humble writer’s perspective, ‘Space Is Only Noise’ marks the first steps of an electronic visionary, someone we will be hearing a lot more from in the very near future.