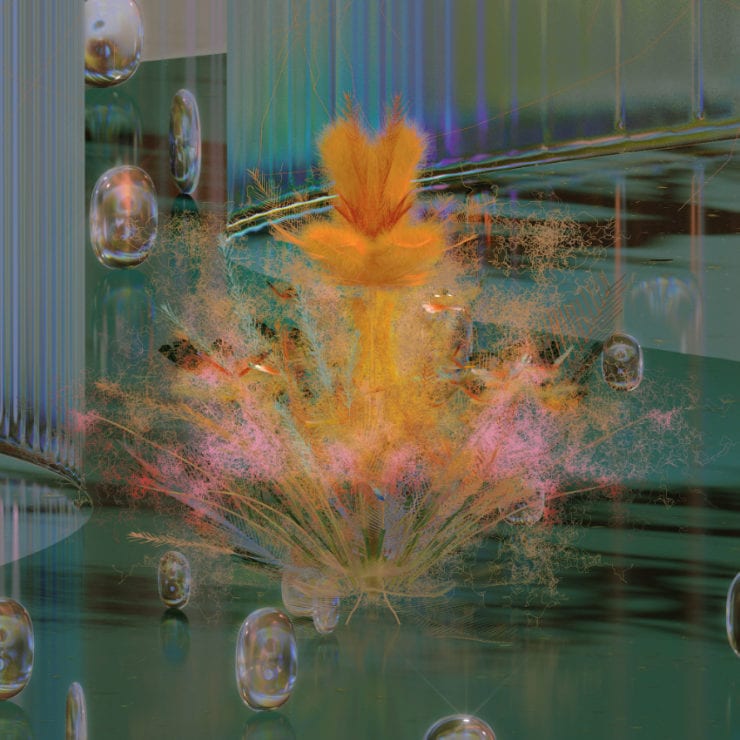 2020 marks the great return of the dance music compilation. The classic format, most often used by labels to celebrate an anniversary, showcases new talents and/or realising multi-artist concepts, never really became outdated, but lost most of its relevance in last decade’s dominance of playlists and podcasts. This year, however, these releases showed again what they are capable of: first, a massive wave of charity focused compilations highlighted recent social/political issues, rooted mainly in the United States, and second, it expressed something many of us lost in 2020: the joy of being in a healthy community.

Timedance’s ‘Sharpen, Moving‘ might feel small at first in this year’s large-by-the-numbers compilations, however it aims clearly on what it wants to achieve and executes it flawlessly. Founded by Batu, the Bristol-based label quickly became a sanctuary for postmodern and leftfield inspired UK bass music, offering up more than twenty releases by a group of forward-thinking youth including Ploy, Bruce, Lurka or Metrist. This new addition celebrates the label’s five years of service with twelve brand new tracks, and also gives the listener a forecast of what kind of directions might this group take in the future.

Checking the tracklist, we see some of the usual suspects and some new ones. Peter Van Hoesen’s appearance is a big surprise for one; the Belgian techno producer has a respectable, 10+ year life-work on his own label Time To Express alongside institutions like Tresor, Curle and Dekmantel. His contribution, ‘L9T’ is a mutant techno-stepper, with its roots closer to London than Berlin, and while the result clearly feels like the odd one out here, there is a leftfield sensibility that ties it to the other tracks.

Happa’s appearance, on the other hand, feels a bit more logical and his name is another welcome addition. The track ‘15Three’ is a heavy-hitting madness of rolling basslines and overnight tension. On a more surprising twist, Genome 6.66Mbp’s Mang teamed up with Poland’s GRAŃ on ‘Live4evr’, a trance-ish drama built by chopped synth melodies and machine sounds.

The home team also delivers. Ploy’s ‘Snorkelling’ is an excellent four-to-the-floor workout, driven frantic by a buzzing sound of fast-moving objects. Cleyra’s ‘Shafted’ is a perfect example of postmodern design technique; the ever-changing patterns of junglist drums and excellent background sounds create feverish tension. Nico’s hidden dub layers and intricate rhythms on ‘Ventana’ results the most serene minutes on the compilation, showing that Timedance’s sound is also functioning well outside clubs. Via Maris closes the session with ‘Lapse’, a short, eerie ambient theme.

While many labels are doing excellent work on exploring new sounds, and combining them with older ideas and formulas, Timedance remains at the top of the game. ‘Sharpen, Moving‘ is a clear statement: by widening its scope, this compilation not just proves the label has become bigger than its initial artist roster, but also cements the Timedance sound.

‘Sharpen, Moving’ is scheduled for release 27 November via Timedance. Order a copy from Bandcamp.