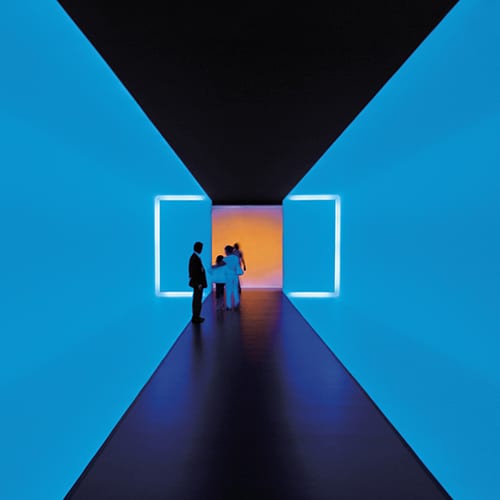 In what we hope is the first of many sequels to last year’s resplendent Air Textures Volume 1, the eponymous US label has released another double CD compilation showcasing current trends and talent in beatless, ambient, and modern classical music, curated by Loscil (Scott Morgan) and Rafael Anton Irisarri. The compilation follows in the tradition championed by Caroline Records’ Excursions in Ambience and Kompakt’s Pop Ambient, endeavouring “as electronic music moves into the rock arena…to take note and respect the history of experimental electronic music: from Satie’s furniture music and La Monte Young’s drones to Cage’s I Ching compositions and Eno’s works ﬁrst dubbed by him as Ambient.”

Air Texture’s first instalment was a selection curated by bvdub and Andrew Thomas, two heavyweights of the ambient music scene. Thomas made the cut for virtually all of the Pop Ambient series releases, and alongside the magnificently prolific bvdub brought together such artists as Oneohtrix Point Never, Biosphere and Kompakt’s own Wolfgang Voigt.

On CD1, Loscil’s selection, Brian McBride’s opening piece ‘At A Loss’ explores, in terms of instrumentation and cadence, a sense of classical music more readily associated with Romantic composers, through the gaze of a minimalist ambient composer/producer. Loscil’s own contribution ‘Else’ flirts with a more percussive idea of rhythm, taking a smoky bass drum and liberally sidechained pads. It precedes Chris Herbert’s ‘Naimina’ which layers mercurial wisps of beating, competing sound above the gentle rotation of a jet engine, evoking synaesthetic images of escaping colours.

Many of the compositions featured by Loscil recall his own sound – strikingly expressive and atmospheric in their deep minimalism. Pan American and Strategy both conceal obscure, fleeting samples in washes of twitching ambient sound, with Solo Andata introducing subtle elements of nylon string guitar to complement its swaying and crackling expanse, just shy of ten minutes. Following P Jørgensen’s delicate ‘401’ and Rob Bridgett’s immersive set of field recordings and faraway percussion, Mitchell Akiyama closes Loscil’s selection with the crumbling ‘Dirge For The Canon.’

Rafael Anton Irisarri, the Ghostly International artist whose pointillist and post-minimalist work has been drawing attention across the electronic spectrum since ‘Daydreaming,’ his 2007 debut on Miasmah, opens his side of the release with Marcus Fjellstrom’s ‘The Eroding (Fairytale Music 3).’ The Swedish composer leads whistling woodwinds through a forest of vinyl crackle, balancing mystery and intrigue in a playful wilderness with cadences reminiscent of a minimal Tchaikovsky. Sawako’s ‘Hovering’ follows, with a submerged voice flickering beneath sparingly picked acoustic guitar and building pads. UK sound artist Simon Scott’s ‘Modena’ features lush, extended string sounds, as well as soaring Aeolian pads, while Library Tapes (AKA David Wenngren) offers a heartbreakingly delicate two chord progression that revels in its own fragility before eroding.

With echoing percussive snaps from Lissom on ‘Hollow of Winter,’ and what could easily overflow into the realm of acid basslines on Mokira’s ‘I Love You Pipecock,’ Irissari’s selection moves from beatless, purely ambient composition to what could be considered downtempo minimal techno, with the latter piece even introducing dubby synth stabs past the halfway mark.

With contributions from Benoit Pioulard, Eluvium, and Kyle Bobby Dunn, the collection returns to post-minimalist soundscape falling within the creative scope of early Eno, or Christian Fennesz. Irisarri’s own piece, ‘Black Days Follow Me Around,’ is more dynamic in its construction, featuring an ethereal piano part and ghostly strings, as well as plethoric creeping samples. The compilation reaches the distorted fancies of Lawrence English for its penultimate track, closing with a piece from the inimitable bvdub – ‘Surrender To Your Cold Embrace (Feat. Wang Lijing & Lu Yan)’ uses the latter voices to astonishing effect, achieving a similarly Aeolian pad effect mediated by distant guitars and strings.

While not channelling a great deal of the compositional structure of one ambient music’s oft-overlooked forebears Erik Satie, the other influences described in the CD’s comments above are paid due and skilled homage with the pieces on Air Texture Volume II. Aside from exploring many of the developments that have led to electronic music’s current (or perhaps recent) state, as well as the current state of ambient or beatless music, the compilation explores what has always been a major inspirational force in electronic music – the textural, and timbral qualities of sounds, both synthesized and found, and the potential to compile and organise them in a breathtaking manner. In this regard, Air Texture Volume II has succeeded in following its prequel, and indeed honouring its precursors both in terms of compilation series and influences.