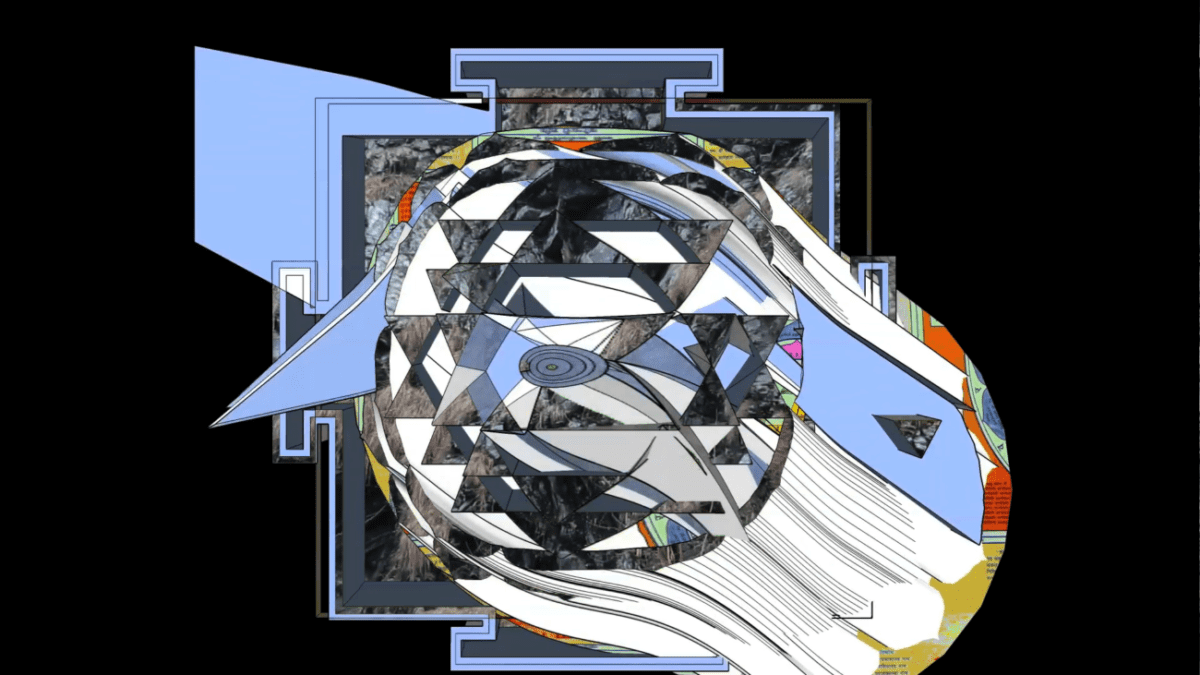 ThermalBear’s ‘Carpe Noctem‘ has been visualised by audio-visual artist Oliver Jennings through layers of sharp geometrical 3D architecture combined with the heterogenous unpredictable nature of video feedback. Below are two quotes from Oliver Jennings explaining his concept behind the video.

“The track for me combined two very different sonic worlds, there’s the highly regulated beat which hits hard from inception and then the beautiful uncertainty of the sample that seems to draw you in gradually. I wanted to represent this visually by merging two opposing aesthetics and decided to experiment with combining layers of sharp geometrical 3D architecture with the heterogenous unpredictable nature of video feedback, and present this unlikely relationship in infinite black space.”

“The two were merged with green screen in and overlaying. Video feedback interests me from an aesthetic point of view but conceptually as well, I love the idea of a video camera `viewing itself` creating a closed infinite loop which if intercepted by a visual stimulus will create wild pattern and textures“. – Oliver Jennings

Derelicht’s debut EP is out now. Order a copy on vinyl from Juno. Watch ‘Carpe Noctem‘ on Vimeo.