*As part of our continued partnership with Elevate Festival – Inverted Audio are officially selling Weekend Tickets (Friday – Saturday) to the festival.

Following their 15th Year Anniversary, Elevate Festival return to the beautiful city of Graz between 5 – 8 March 2020, presenting a bountiful five-day programme of contemporary music, visual arts and political discourse focused on the theme of “Human Nature“.

Hosted across various venues, the majority of the musical programming takes place inside of Schloßberg, a rocky tree-cladded hill that juts out of the medieval district of the city. It is also home to a 10th Century fortress and the iconic 13th Century ‘Uhrturm’ clock tower that commands a prime panorama over Graz.

Situated deep within Schloßberg is an extensive system of tunnels that forms the heart of the night time programming of Elevate. Bored out during World War II by hundreds of British prisoners of war, these tunnels have now been converted and expanded to create three cavernous stages, including the 600 capacity ‘Dom im Berg‘ that will host the likes of Daniel Avery, Kelly Lee Owens, Jessy Lanza, Peach, Ouri and DJ Lag. 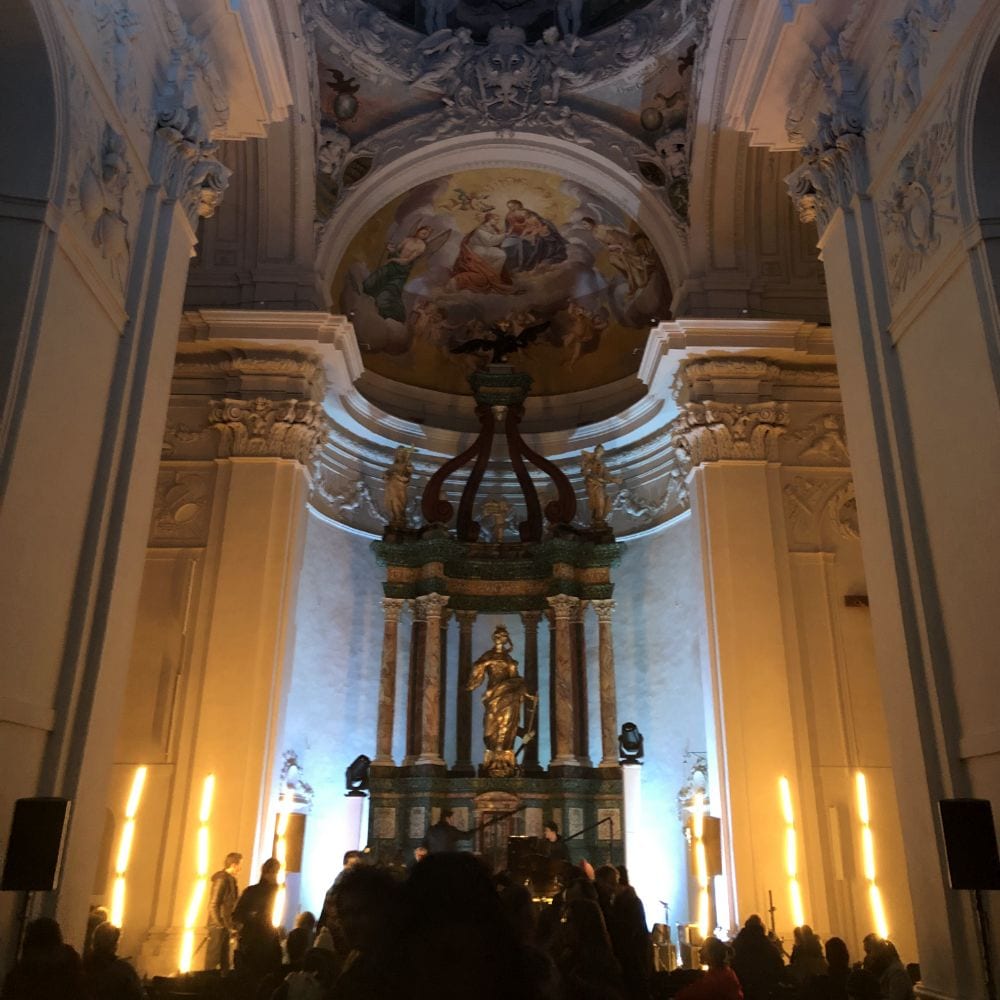 Situated adjacent to ‘Dom im Berg‘ is the club focussed ‘Tunnel‘ stage that will host electronic stalwarts including; Bambounou, Ceephax Acid Crew, Sherelle and re:ni. Other venue highlights include the ‘Dungeon‘, located directly beneath the clock tower and the ‘Mausoleum‘ of Emperor Ferdinand II, a grand 17th Century domed chapel built by Italian architect Giovanni Pietro de Pomis (pictured above).

Having staged intimate and spell-bounding performances from Peter Broderick and Kelly Moran in 2019. The Mausoleum is set to host a one-off performance from Dorian Concept & Zanshin – utilising the ‘Max Brand’ prototype synthesizer constructed by Bob Moog in 1957.

Gilles Peterson, Sir David Rodigan and German experimental musician Michael Rother (a founding member of Neu!, Harmonia and an early member of Kraftwerk) will all perform at ‘Orpheum‘ – a theatre located in the more modern district of the city, whilst ‘MUMUTH‘ aka the House of Music and Music Drama will host performances from pioneering Berlin-based experimental producer Jan Jelinek and Modern Love affiliated cellist Lucy Railton.

More acts are yet to be announced, in the meantime we strongly suggest exploring the festival theme ‘Human Nature‘ and their guest ‘Speakers‘, who are primed to expand the consciousness of all festival attendees.

* Weekend Tickets do not include access to the Acousmonium shows at MUMUTH.