Nestled in the Austrian mountains lies Graz, a breathtaking blend of traditional and contemporary architecture which harmoniously decorates the mountainous environment, and the only possible home for Elevate — with a 4-day programme spanning contemporary music, performance art and conscious discourse, it is already an event to earmark in the early Spring. What really makes Elevate so special, however, are the efforts to create an experience unique to the city and the location it calls home.

Festivals that blend seamlessly with their surroundings are rare — especially when these are organised as a free-flowing experience within a city. Frankly, these often seem contrived, more of an excuse to throw a party within established venues and nightclubs frequently hosting similar events, with little attention paid to make it a special event outside of maybe bringing in a few rarer acts.

Whilst Elevate is indeed spread throughout the city’s venues, each just a short walk from the other, there is an intrinsic link to Graz that makes it almost impossible to imagine being in any other city: whether raving in the tunnels of the central Schloßberg mountain, drenching yourself in the astonishing sound system of Muthum, or under the lighting rig within the Orpheum, there is always a deep connection with your location.

This special trait is compounded throughout the 4-day programme with location-specific art. Among the most notable of these is the collaborative live performance of vocalist Hatis Noit and filmmaker and artist Vincent Moon, whose performance and video accompaniment took the viewer on a lucid dream walk through the streets and unknown sights of Graz. Finnish musician Jimi Tenor was asked to compose a permanent musical feature for the elevator of the Schloßberg, the short journey heavenward fittingly soundtracked by a somewhat yearning passage of music.

Fellow Finn Roi Vaara performed his intriguing ‘Grounding’ piece in the Hauptplatz, the surprisingly harmonious and melodic tones echoing over the city as he brings his audience, step by slow step, to the Mariahilferkircheplatz. The final resonant moments blend with Charlemagne Palestine’David Rodigans mysterious performance on the bells of the church — achieved via an unknown system of electronics, which facilitated the playing of the bells from the comfort of a chair, the eerie and well-known dissonance and harmony of pealing bells ring out over a pensive city.

Katharina Klement completed this movement on the church organ itself, the last notes of the wonderful drone music seemingly catching alight with a golden shimmer. During these acts the raw elements that comprise the city itself – the concrete, brick, and metal – is used in such an essential manner to the music that Graz is comparable with a plectrum to a guitar. 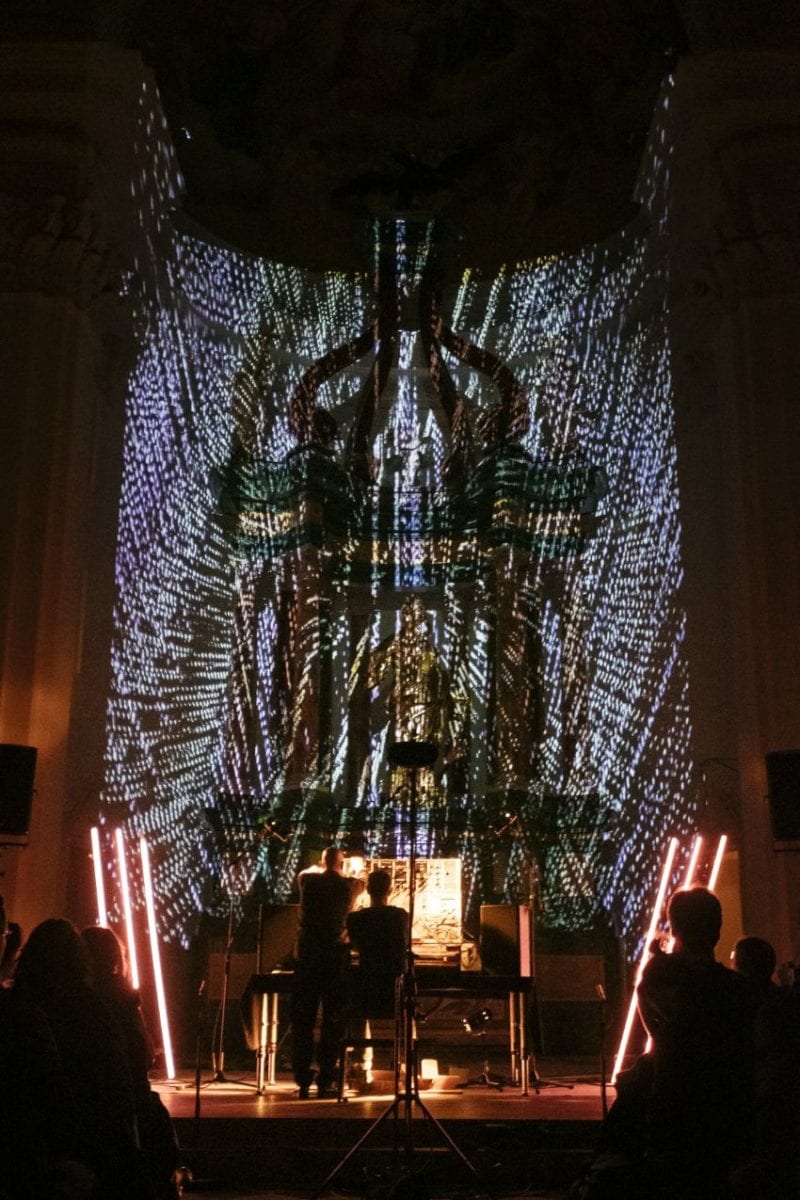 The synergy between sound and location extends beyond these location-centric, one-in-a-lifetime performances to the artists and regular events of Graz, with the city’s Parkhouse becoming the venue for takeovers of local parties from the Grrrls Collective and Attila’s Atropa party. At both nights it is clear that these parties bring something genuine and special for the nightlife and youth of the city — during the Atropa takeover (held after a Red Light Radio broadcast) local artists Attila and Lucia Kagramanyan had the small venue overflowing with dancing bodies illuminated with a love of the sound and energy these local selectors bring to the city.

Elevate’s willingness to take to the streets certainly doesn’t hide a shortcoming; the festival’s venues are not to be sniffed at. The central Schloßberg mountain contains three inimitable spaces: the grand cavern of the ‘Dom im Berg’, the rudimentary ‘Tunnel’, and the carved-out, uneven footing of the ‘Dungeon’.

Whilst a hard-walled tunnel may not sound like the most acoustically strong setting for a rave, rest assured that you can happily leave any perfectionist ideologies behind when stepping inside the mountain. Each of Elevate’s spaces, suitably adorned with dazzling lights and hammering sound systems, are programmed with a clear intelligence and understanding of the effect of the environment on a dancefloor.

Acts such as Ceephax Acid Crew, 3Phaz and Bambounou seemed to choreograph their sets to work with the tightly-packed spaces’ strengths, and whether faced with the unadulterated power and uncompromising energy of Giant Swan in the Dungeon or Casual Gabberz in the sweatbox of the Tunnel, the late-night energy of the festival was electric — and very importantly amplified, not muted, the otherworldly surroundings.

Not that the late night music was all fire and thunder. The formidable British double act of Gilles Peterson and Sir David Rodigan summoned a crowd of all ages and interests to hear their absolute mastery of fun, uplifting worldwide music.

Jessy Lanza’s sugar-sweet synth pop was a certain highlight, the music video for her new single ‘Lick in Heaven’ dropping a splash of playful colour to the dark cavern of the Dom im Berg. The following evening Kelly Lee Owens followed suit, her beaming grin from the DJ booth reflected in the audience’s faces, particularly during the filtered tear-out breaks of her closing track. The final event’s pairing of Gudrun Gut & Michael Rother confirms the festival’s dedication to providing a lineup to loosen the jaw.

Of course this is just one perspective of the events of the festival. Despite our best endeavours we unfortunately remain confined to seeing one act at a time, which naturally led to wonders missed. Talks with fellow festival-goers colour the imagination beautifully, however, with experimental cellist Lucy Railton and Okkyung Lee’s apparently spell-binding solo performances at the Acousmonium and Sherelle’s typically breakneck performance in the Tunnel receiving wild acclaim from others. There’s few tears lost despite this commonplace curse of a music festival, not least because the quality of that which we did catch was so inspiringly high.

Even beyond music, Elevate has much to offer. The discourse aspect of the festival brought panels of internationally recognised speakers and enlightened individuals from all backgrounds and cultural identities to attempt to tackle the great challenge of our time under the theme of “Human Nature”. 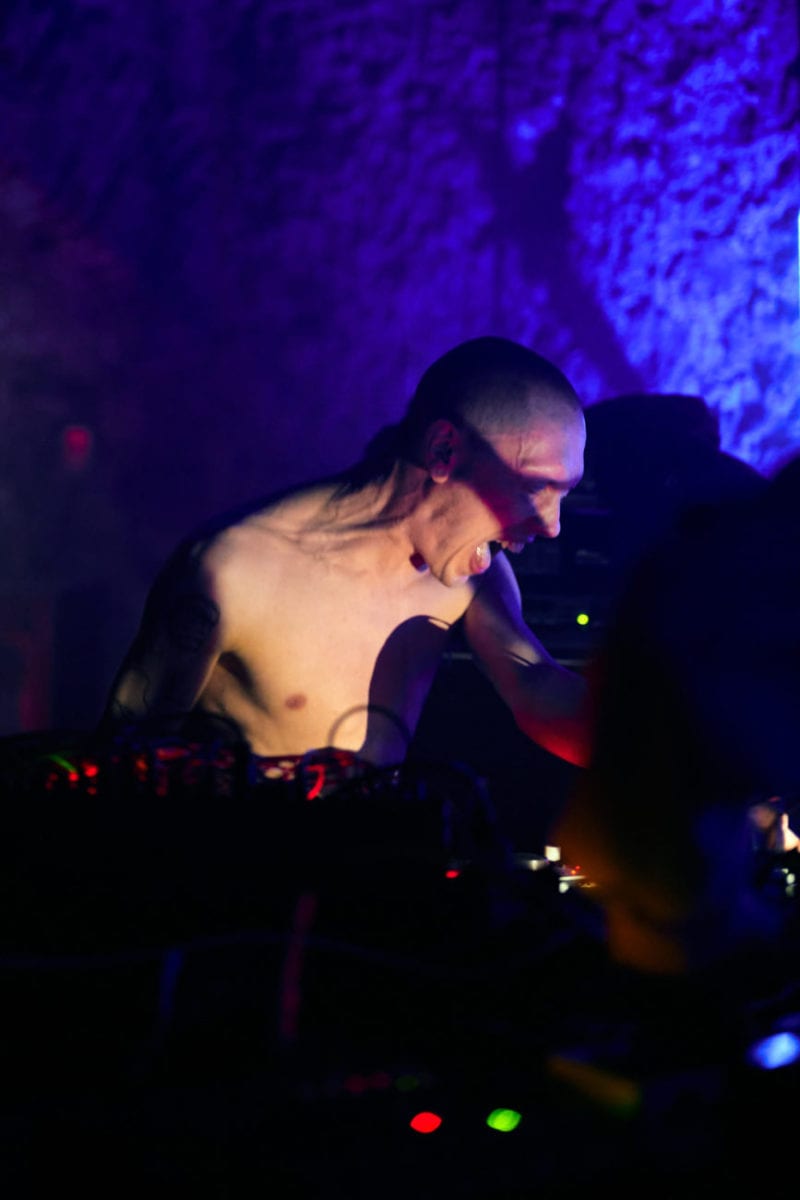 The discussions, which are available to view online, spanned both the impending climate crisis and the raw elementalism of human existence, and the implications of our interactions with the world; no small-talk conversations of little gain, but genuine, expert-led discussion.

It may be beyond the remit of this platform to attempt to repeat the learnings gained and knowledge shared, but the impact of splitting the attentions of the festival into both music and a sharing of minds were far-reaching: either through open-minded chat with other attendees or through internal discussion, the topic gave birth to conversations about why we’re all here, doing what we do. One conclusion, frequently reached, is that there are fewer experiences greater and more valuable to human existence than our enjoyment of music in all its myriad forms.

In raising this, one hopes to convey that the festival is more than straight hedonism (although this can be found with certain intentions). Rather, Elevate’s goal is all within the name: raise the right questions, push for higher thinking and uplift the individual spirit through musical prowess and artistic talent.

In an enigmatic deconstruction of Austria’s imperial history, the hypnotic light of Peter Kutin’s windmill sets the windows of Emperor Ferdinand II’s Mausoleum rattling in their frames during the Thursday evening concert, the hum of the vibrations mingling with the music for the composition.

It’s a beautiful moment, and it reiterates the importance of events such as this; those which superimpose new ideologies over the backwards cultural histories so many of us share, in order to move forward as one unified people.

This seems only more pertinent in hindsight and in the wake of the pandemic of COVID-19; whilst Elevate should have kick started the festival season, it has unsuspectedly become one of the last unaffected festivals of 2020. This only makes the importance of Elevate’s work stand out all the clearer. We may all be missing out on a lot of fun, but festivals and events will happen again in the near future – and the memory of Elevate 2020 helps define the shape of things to come. 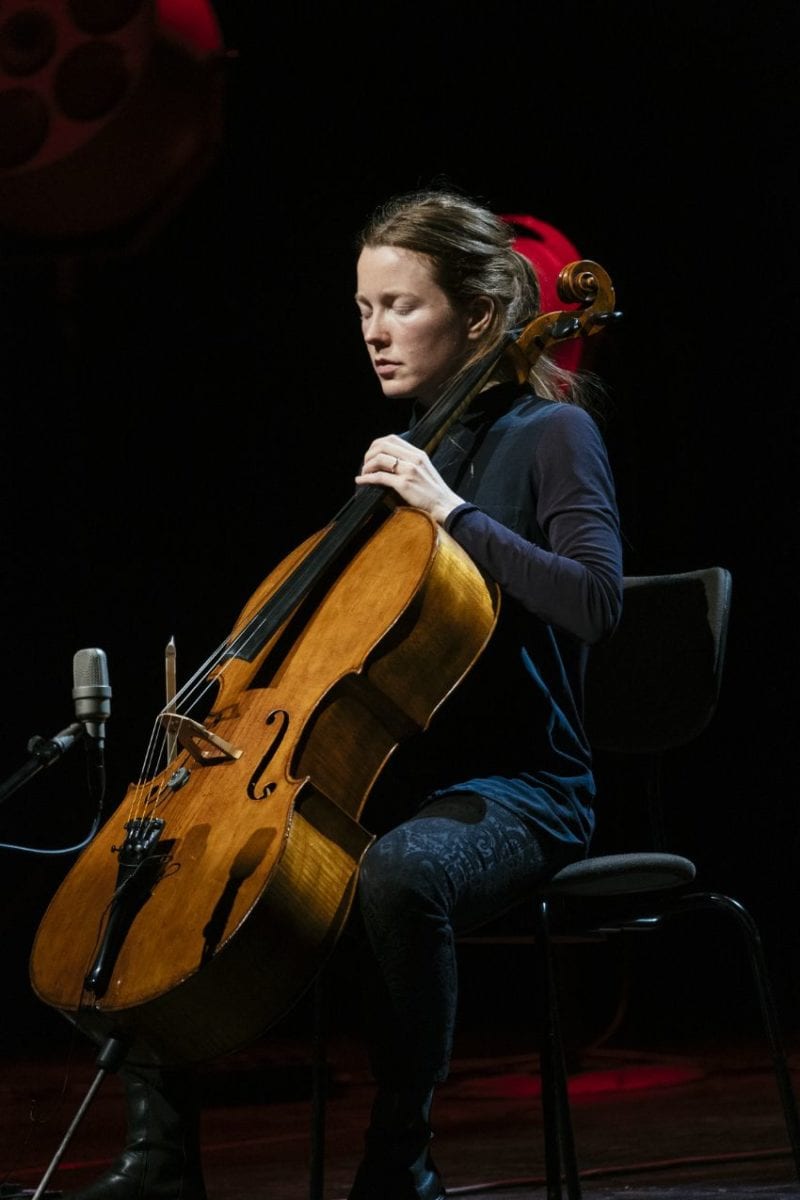