In its 18th year, Graz’s Elevate Festival seems to be comfortably in-stride. While taking on the challenges of the pandemic and coming out on top has been a theme of this year’s festival season, the Austrian city’s major cultural event have shown themselves to be champions of the trial, growing in all the right directions and making good on what has made it a significant event for close to two decades.

Still, some things remain unforeseeable, and, arriving after a long train ride to the city and a swift transfer to the Dom Im Berg, I arrive to find Caterina Barbieri has had to cancel. Standing in is Carmen Villain, and while there’s always a disappointment to miss an artist you’ve been hoping to see, I quickly find myself utterly absorbed into the one-two punch of ambient bliss gilt with attention-seizing synth and clarinet.

Last year’s edition still fell slightly foul of the COVID knife, although it went ahead, and probably the largest suffering was the extremely limited access to the fun Parkhouse venue, which limited the already-cramped space to a much more sparing attendance. This year, the shackles were off, making it far easier to get in for the afterparty featuring Mille Plateaux’s Bill B. Wintermute, DJ Durbin, and Yushh of Bristol’s Pleasuredome — although the small space was still wall-to-wall.

The next day offered chances to explore the city or attend a host of interesting talks (all of which remain listed online for listening back) in an elevated garden on the edge of Graz’s city-centre mountain before getting ready for the first big night. While the topics covered some intellectual areas very overworked (Crypto and NFT’s for one), the festival manages to avoid major pitfalls of talking too much about nothing, each panel attended finding a way to bring the discussions or speeches to a functional point.

Friday’s warm-up for the evening was a concert featuring cult throwback Anika, followed by none other than Krautrock instigators FaUst. The performance, a little beset on by a rain-shower, was a somewhat surprisingly enjoyable flurry of on-stage eccentricity and brilliant spontaneities, proving there is definitely still fuel in the tank and miles left to burn.

Afterwards, the evening brought us to Postgarage, a large club complex with multiple rooms. The main floor played host to Ukrainian rap artist Alyona Alyona, and jumpy, ravey music from the likes of UK jungle legend Dillinjah, but for me the second floor held everything I needed: GiGi FM, Skee Mask and Zoë McPherson, joined first by local act /DL/MS/, and Kessel Vale.

McPherson’s shapeshifting set of genre-less dance madness struck first: for a long time they’ve been heralded as one of the most compelling live acts around, and, this being my first time bearing witness, all the rumours are true. Distilling the finest elements of disparate music genres into something entirely their own, the set was a ride that kept giving, through polyrhythmic beats and adrenaline-inducing rave textures. 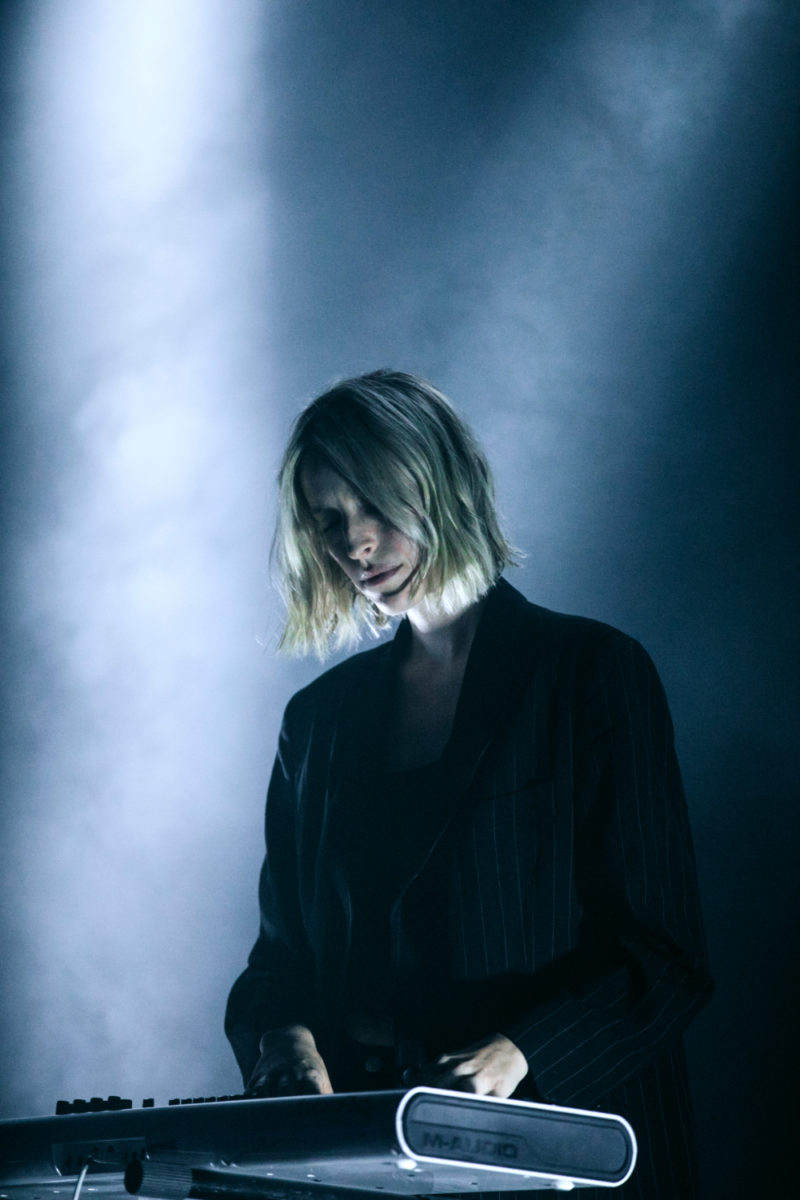 Few live acts wield such a capability of free improvisation,  the often grid-bound sets on hardware machines, and each flick of a wrist or turn of a knob seemed to utterly shift the sound into something yet further out of the ordinary, and the energy and intimacy of the performance is something with little parallel. Do not miss a chance to catch them live.

GiGi FM has had a hell of a year, thanks to the release of two completely essential records, both ambient and club (the latter arriving on Bambounou’s Bambe label at the start of the year). Her set for the throngs of Graz demonstrated why she’s one of the queens of the club in 2022: effortlessly fun dance music, compelling without pushing dancers too hard (read: no aggressive techno lacking in genuine substance), sliding up to faster BPM’s and back down without a bump in the journey.

Frankly, she rather put Skee Mask’s subsequent set to shame with the brightness of her quality, although it’s of course a relative thing — the crowd’s favourite brought with him a fantastic energy that kept the “second” room burning long into the night.

Saturday was a beautiful and hot summer’s day, priming the park as the spot to rest up before late-night antics begin, with DJ Stingray, Palms Trax, AJA, Crystallmess and DJ Bus Replacement Service taking over the Dom Im Berg and Tunnel venues till the morning light. Up first though, was a rather special show at the stellar Orpheum venue: Berlin’s queen of Queer, Peaches.

It’s hard to think of a musician that sums up the notorious energy of Berlin queer nightlife without thinking of Peaches, and the show — very much the operative word of this sentence — delivered on everything the imagination could conjure. Combining a plethora of backing dancers and supporting stars, forever in a state of dressing up or undressing, Peaches’ delivery of classic tracks from ‘The Teaches of Peaches’ album struck the crowd into a fever pitch of sweaty, shaking bodies. With the performer’s unabashed freedom and liberty, and the harmony of spirits all throughout the room, it was a show to remember.

The final evening took place inside the Dom Im Berg: certainly the highlight venue of Graz in terms of scale and identity, the floor is carved inside the centrepiece mountain of the city. DJ Stingray took the floor into a darker shade of dance than the polymorphic UK party tracks from Chloé Robinson (née DJ Barely Legal), delivering his flurry of Detroit electro hits with typically casual style.

Upstairs, in the tunnel, Crystallmess and DJ Bus Replacement Service turned the dishevelled, roughly-hewn stone corridor into a wind tunnel of high-tempo percussion and cacophonous bass frequencies, a sheer tumult of blistering rave heat, closing out the late night programming in a style unto their own.

Sundays are, supposedly, for resting, and while there’s still plenty left to see in terms of art, discourse and more, spread throughout the city, the best place to rest the feet was undoubtedly the Atropa party, held at the usually rather fancy Orangerie. 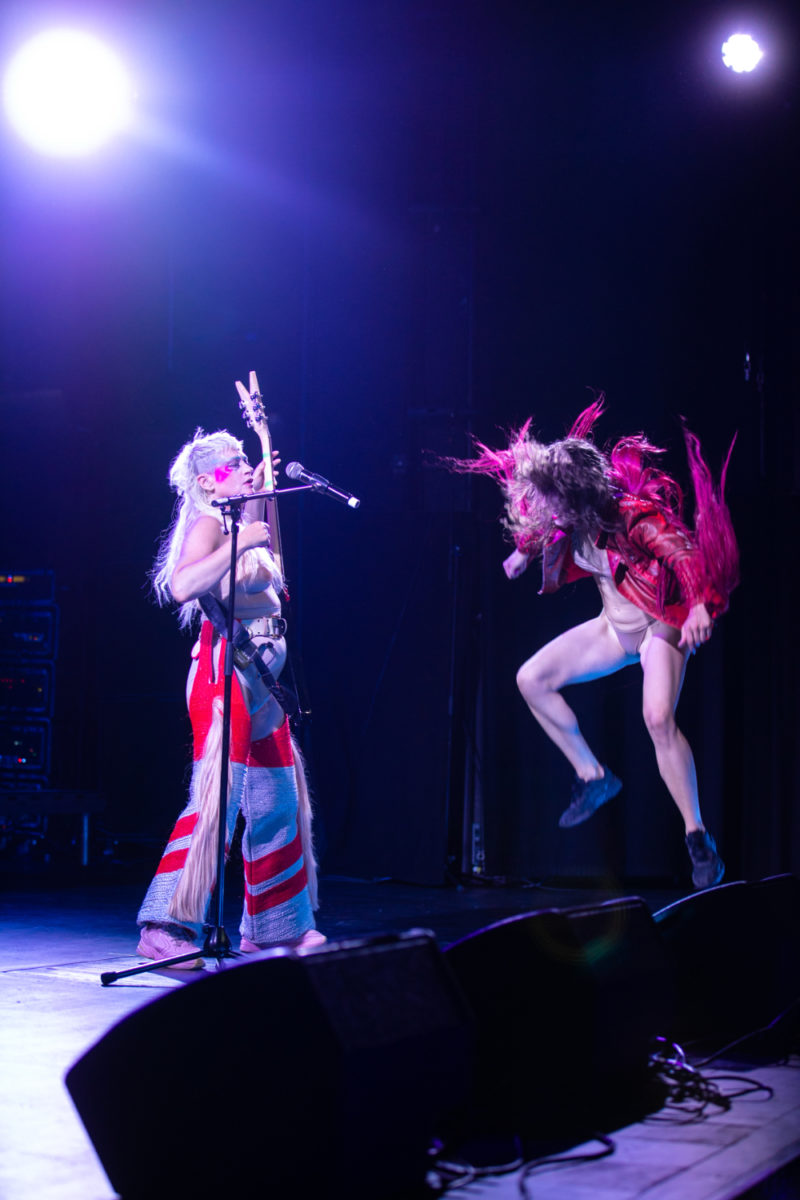 It was a blessed upgrade: as fun as last year’s intimate Atropa gathering at the Parkhouse was, Elevate Festival has a rare gift in their access to privileged spaces in the city, and it allowed Atropa to turn the Orangerie — seemingly a typical place to catch the local grandparents sipping a soda during a Sunday dog walk — into a haven of sun blazed and wholesome music.

Embellished again by their incredible black and gold custom Aures Sound System, Atropa remained a clear highlight of the festival from the previous year, thanks to effortlessly fun sets from hosts Attila and Goldberg, house-y headliner Lipelis, Vienna’s Sucre Sucre, and a jazzy chill-out set from new local band The Sunbathing Society. The name couldn’t be more apt, with the day out in such splendour, cold drinks and  sunlit grass beckoning throughout the day.

It was a shame to miss closing headliner The Brian Jonestown Massacre back at Orpheum, but the Sunday party provided everything needed to close out a festival perfectly, thanks to the efforts of the Atropa crew to build such a magnificent private space, and residents Attila and Goldberg delivering gold-star mixes. Attila shone especially bright in his closing set, blending genre and style with a patient but flawless mixing style that demonstrates the hard graft he, and the whole crew, applies to their parties.

Most significantly, though, it was a pleasure to see Elevate put yet more faith into their local artists, not just supporting the flavour-of-the-month eminent local DJs: the festival has put progressive amounts of trust in the Atropa team year on year, and it is paying off in spades, turning the end-of-festival stage into an event worthy of attending in its own right. More of this kind of support, festivals of Europe!

Despite the lack of returning to the summery Volksgarten, or the open square of Lendplatz, the otherwise unmitigated access to the city afforded to Elevate was once again a major highlight of the event — the Dom Im Berg and annexed Tunnel venues remained fun and unique spots to dance, while some regular fixtures saw some great upgrades.

All in, Elevate was once again a success of balance. Between classic, heritage acts that have earned their place in the annals of music to the freshest faces making the biggest waves, both locally and internationally, the attention and care to provide the best current music is visible. Matched with the festival’s full-access pass to the city, and the calmly alternating pace afforded by the discourse and arts programme, and it all makes for a perfect concoction of a festival. 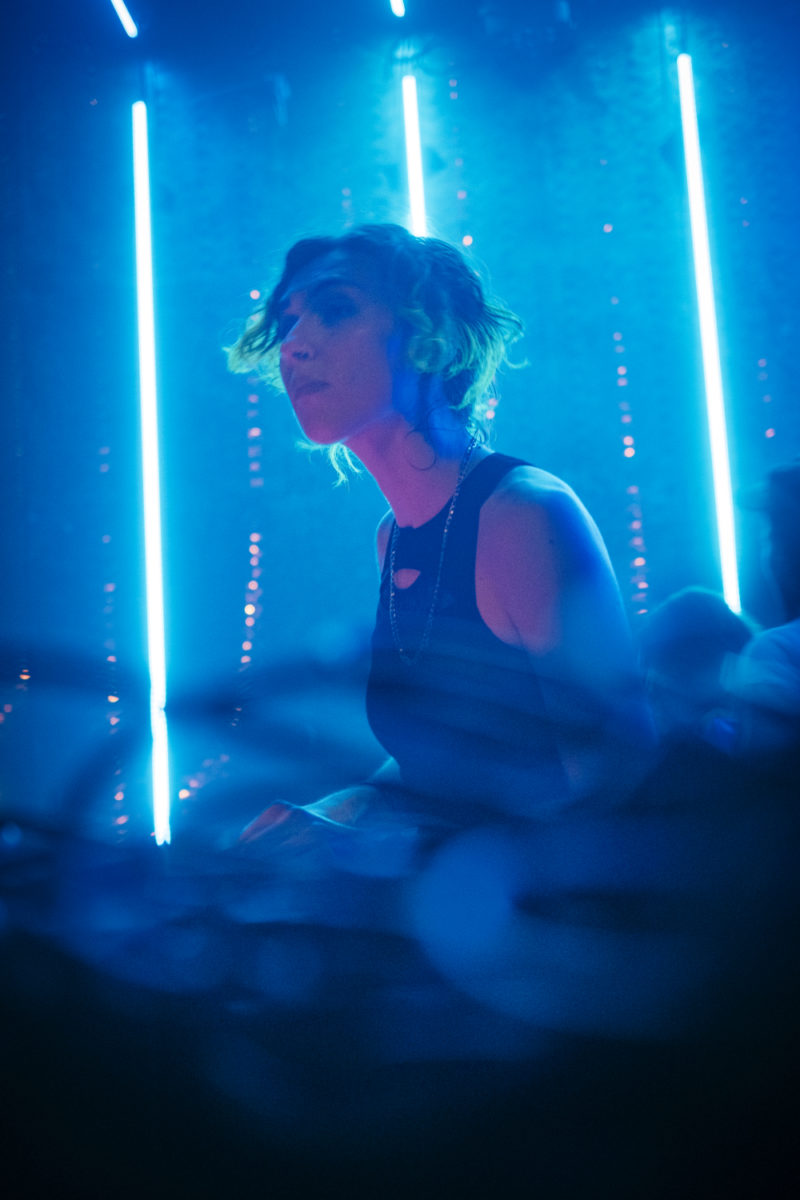