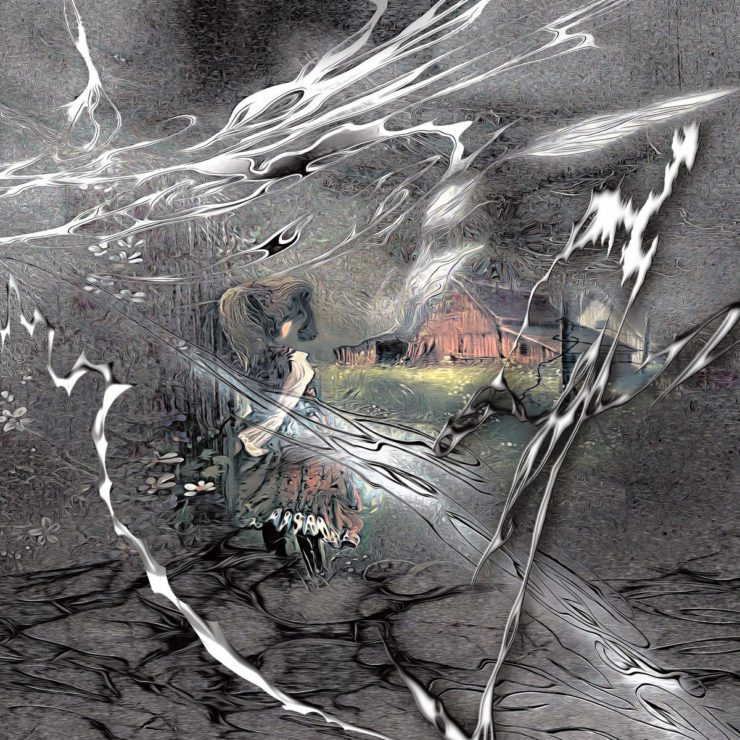 I should probably start by admitting to a slight degree of apathy in regard to the particular strain of ‘post-club’ ambient music that’s developed over the last half decade or so. You could point to that hallowed bblisss compilation as its origin, but for me the whole thing was kicked off by Huerco S.’ 2016 album ‘For Those Of You Who Have Never (And Also Those Who Have)‘, a record that I fell head over heels for and still adore to this day. The waves of hiss, throb and simmer hit like a cool summer’s breeze on my increasingly house- and techno-weary ears but still retained enough pulse and energy to keep me interested. It wasn’t like the long, saccharine sounds I’d associated with ambient before (I won’t name names), and I was all over it.

In the intervening six years, artists like Ulla, Special Guest DJ, Perila, Exael, Ben Bondy, and the like have all ideated on similar themes under various guises, often in collaboration with each other. The records and tapes that have emerged from this crew – mostly via labels like 3XL, Experiences Ltd., Motion Ward, and Huerco S’ own West Mineral Ltd. – have balanced limber dance motifs and gently glitching abstraction, playing woozy motion off against billowing stasis and doing so with pretty consistently sparkling results. As the releases built up, the cool, aloof sleekness of the sound began to wear thin on me, and at some point in the last couple years I found myself wondering whether it was all just a bit too nice and cool and clean-cut and somehow oddly smug, and (most worryingly) whether it had all started to sound a bit familiar.

I’ve therefore tended to let releases from the afore-mentioned folks and labels drift by me over the last few years. But for some reason the new Pontiac Streator LP, ‘Sone Glo‘, turned my head. Perhaps it was because Streator collaborated with Ulla Strauss for two releases on West Mineral back in 2018 and 2019 – the days when I was loving this sound – and I lapped them up. His 2020 album, ‘Triz‘, didn’t really grab me, and in hindsight was probably one of the releases that made me think there was a little too much that sounded a little too similar.

I wouldn’t say ‘Sone Glo‘ made me completely re-evaluate my ick for this type of sound, but it certainly reminded me of why I liked this whole hoo-ha to begin with. At its best points, it captures that echoes-of-the-rave, drifting-home-in-the-thin-morning-light vibe perfectly. Rhythms wriggle in and out of step with one another, always cushioned by beatific background strokes. Tracks like ‘I Want Something’ and ‘Ixora’ start with pretty thudding kicks and feel veritably punchy, but by the end the soundscape weaving its way behind has anaesthetised them to the point they feel light as the smoke off an afters cigarette.

A couple tracks towards the end of the album did act as anodyne reminders of why I got a bit bored of this stuff. They’re composed of nice gooey enveloping sounds and all, but the components just sort of arrive, wooze around a bit, and then leave. There’s not much excitement or innovation or change-up and that tends to leave me a little cold, no matter how warm and luscious those arcing tones may be. In places the vocals get a bit too vapourwave-y and meme-era-ish for a philistine like me, but for the most part they’re used well, often pitched at an ambiguous and alluring deadpan somewhere between confession and come-on that gives the tracks structure and intrigue.

Overall ‘Sone Glo‘ is a fine album, no question about it. Even at its most pedestrian it’s still intricate and beautifully crafted and there’s definitely enough variation to keep it ticking along at a fair clip. I think the fairest (and possibly most complimentary) thing I can say about it though is that it made me check my own subjectivity.

The narrative I built up in my head about these producers and labels forming a homogenous ‘scene’ and a ‘sound’ is plainly ridiculous. Their releases began to sound familiar to me because tastes change and I was itching for a new groove, not because the artists were failing to innovate or push boundaries.

I’m not really sure what my conclusion is here. Keep your ears open and don’t overthink stuff, I guess…If you’re willing to do that, then I reckon you’ll find plenty to love about most things in life, ‘Sone Glo‘ included.

‘Sone Glo’ is out now via West Mineral Ltd. Order a copy from Bandcamp.