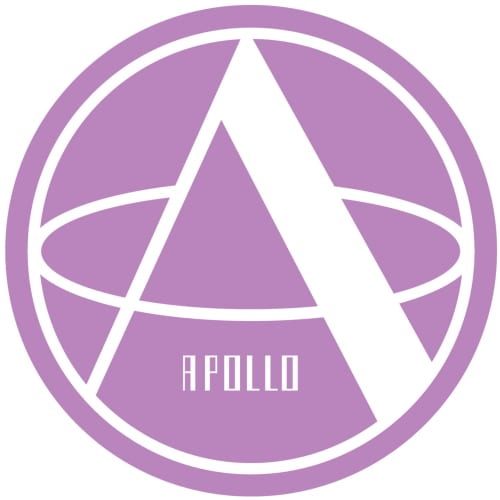 The recently relaunched R&S offshoot Apollo comes correct once again on this, its second release since rising from the ashes. A lot of musical water has passed under the bridge in the last ten years or so, when a new Apollo release last graced a record shop shelf and our current year of 2012, but co-founder Renaat Vandepapeliere has always kept one eye on the future, so perhaps it should come as no surprise that rather than revert to the original modus operandi of the label, concentrating on the ambient and experimental end of the spectrum, it appears to be in the process of a thorough reshaping.

It may be too soon to state this definitively as we’re only two releases into the new era, but there’s undeniably an R’n’B influence at play, even more so than on the Synkro record that preceded it. But where that earlier release covered a broader stylistic range, Dixon is most definitely staying in the House. This is not a criticism. What he achieves here, in much the same way as Synkro did, is to form something that, whilst progressive, still feels like an Apollo record always did. Sure, there are flashes of soulful vocals, but the processes and cuts applied to them are highly cerebral; snatches of phrases removed from their context, like a late night radio show half-heard during a post-club cab journey. It’s an effect which could easily recall Burial if used without real care, but Dixon’s sound palette and the way he utilises it puts a clear distance between him and that potential trap. For one thing, this is a sound with real clarity, it is direct and aimed more squarely at the dancefloor – just check the basslines on ‘Saviour‘ and ‘Black Paint’.

Where does that Apollo feeling come from? I’d define it as a spaciousness – there’s an ambient dub going on at some level (sometimes incredibly subtle) that calls to mind rolling landscapes, in spite of the admittedly tech-funk nature of the beats. The vocal elements add a twisted sense of soul from a tripped-out other world and therefore add to, rather than detract from, the overall effect. Opening track ‘You Won’t Let Me’ encapsulates the whole thing perfectly – within seconds the pads and keys sound like they could have been lifted directly from a floaty, early 90’s ambient record, but it soon gives way to an insistently skipping beat, and a bizarrely transposed, poltergeist-esque vocal. It’s a spine-tingling combination and it proves beyond doubt that Apollo’s rebirth is no sellout – this is edgily futuristic music which combines a broad range of sound and emotion, prepared to take on new stylistic influences whilst retaining a direct lineage to it’s past. If the label can keep up this standard it’s in danger of not only leaving it’s former incarnation in the shade, but of eclipsing the slightly muddled relaunch of the parent label from which it originally sprang.