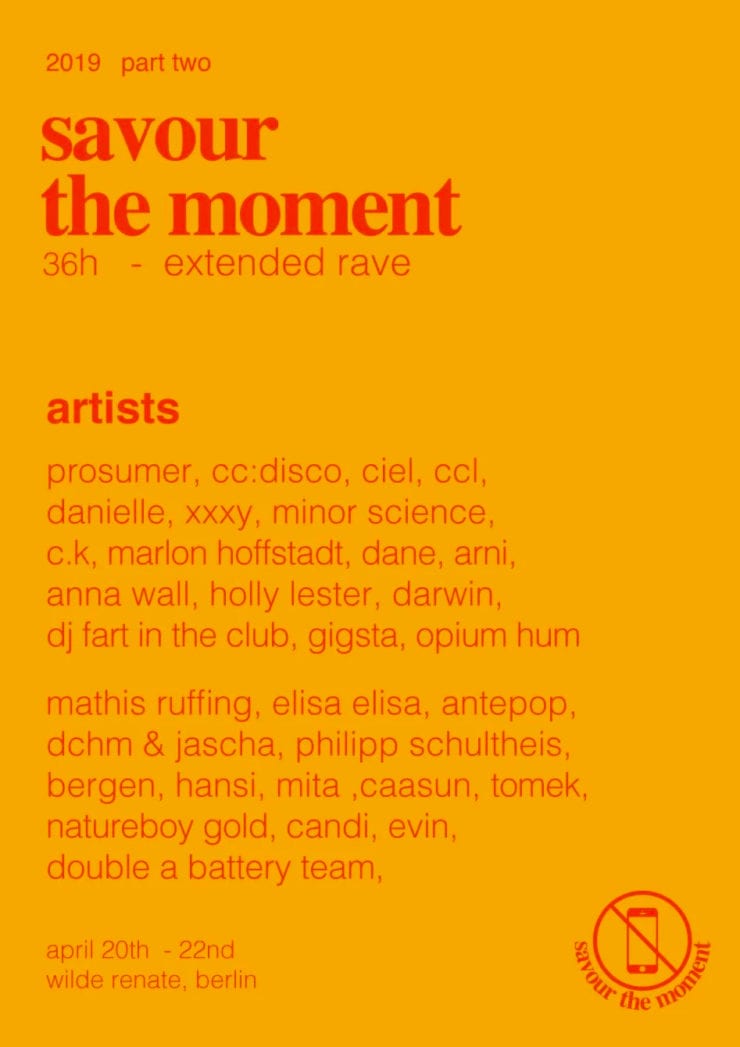 From his noteworthy debut on The Trilogy Tapes onto a steady stream of releases for Tasker’s Whities, Angus Finlayson aka Minor Science who has been producing his own delectably weird blends of crisp, hybrid techno, will bring his London-rooted dubstep and leftfield influences into a powerfully dark and pulsating hi-tech DJ set for Renate’s Black Room.

Sharing the bill on the same floor, another grade A techno experimentalist, host of the REEF parties and SPE:C label founder, Darwin, sets off to an underwater exploration of dubstep, breaks and minimal soundwaves, with Boiler Room Berlin host Opium Hum completing the picture.

Having preached ”the craze about the music” for over two decades, from his residency at Love International Festival to his regular Berghain take-overs, German-born, Edinburgh-based house legend Prosumer will step up in the Green Room to give a taste of his unmatched groove assembling know-how. He will be supported by Canada’s up-and-comer Ciel and UK’s Anna Wall who helms her own forward-thinking label The Bricks and hosts a monthly show on KMAH radio.

Voyaging through ambient, dub techno and raw deep house, Antepop lands sound and safe from London, heading straight to the Absinth room with a strictly-vinyl selection that shall make waves across the building. As a taster of the goodness to come, you can listen to Antepop ‘Savour The Mix’ below.

One for the disco-flavoured, soulful house lovers, Common Edit boss and high-rated DJ/selector Dane will join forces with Regelbau’s incognito star C.K in the Red Room. Dane’s endless collection of heartfelt, deep and euphoric melodies is sure to keep the spirits high and legs busy through night and day with equal poise.

Get down to Wilde Renate on Saturday 20 April and switch your phones on flight mode for a decadent extended Easter celebration.