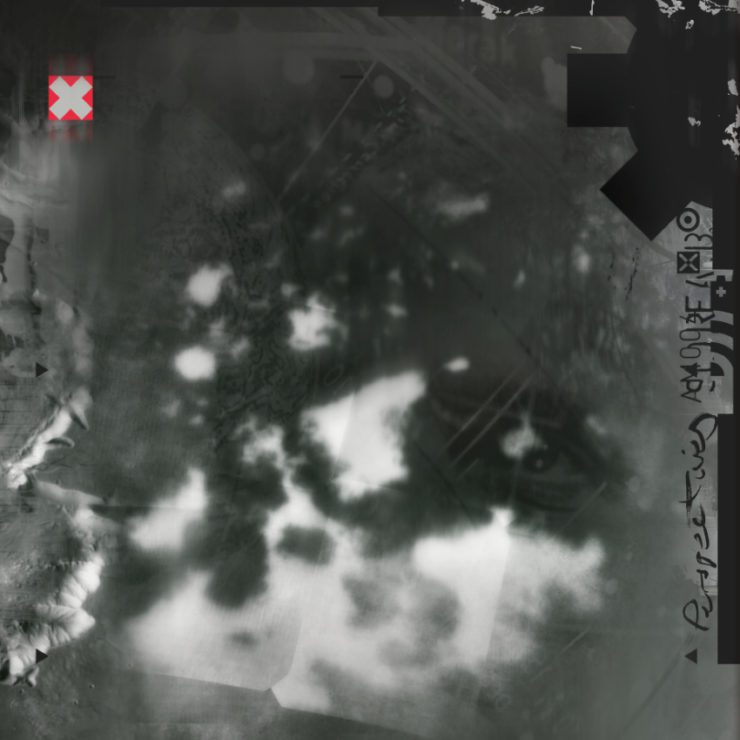 Fresh after we reported the Baroque Sunburst duo Soreab & Big Hands linking up with XCPT Records, Soreab stretches his legs out onto one of our other current favourites — Accidental Meetings — for his ‘Perspectives‘ EP.

The Brighton-based imprint have been kicking up a storm with their releases, from the Angel Rocket 12″, to albums from Abu Ama and WzrdryAV. Established as such, it’s a pleasure to see the label reach toward more artists we’ve been itching to hear more from, which seems to be something of a forte for the burgeoning experimental imprint.

Soreab is one such artist, with the few records he’s released to date whetting the appetite more than sating any hunger: across the EPs we’ve heard Soreab frequently draws up a view of dance music mostly formed around percussion and bass, with live-wire synth lines slicing through the mix only once the rhythm has infected your feet. That pattern certainly holds true for most of the tracks on ‘Perspectives‘ (but better watch your neck for the killer grimey collab with MC Logan on ‘Done Everything‘), with Soreab demonstrating far more than a passing knack for rhythmic syncopation on his music.

‘The Sphere‘ closes out the EP with sheer gold electronica that seems to balance on a highwire between lucid, tangible music and mind-zapping psychedelia. Years spent fine-tuning drums and bass sees them rising to the top of the list of qualities the track possesses, innate hypnotism permitted to rise out of many pregnant pauses, with woozy, stoned-over synths fizzing up to grant ideal space for daydreaming as the track journeys on. Straddling slower, weirder club territory and territory typically reserved for brain-frying afters sessions, Soreab strikes out from his Baroque stable in unique style on this one.

‘Perspectives’ EP is scheduled for release 25 February via Accidental Meetings. Order a copy from Bandcamp.