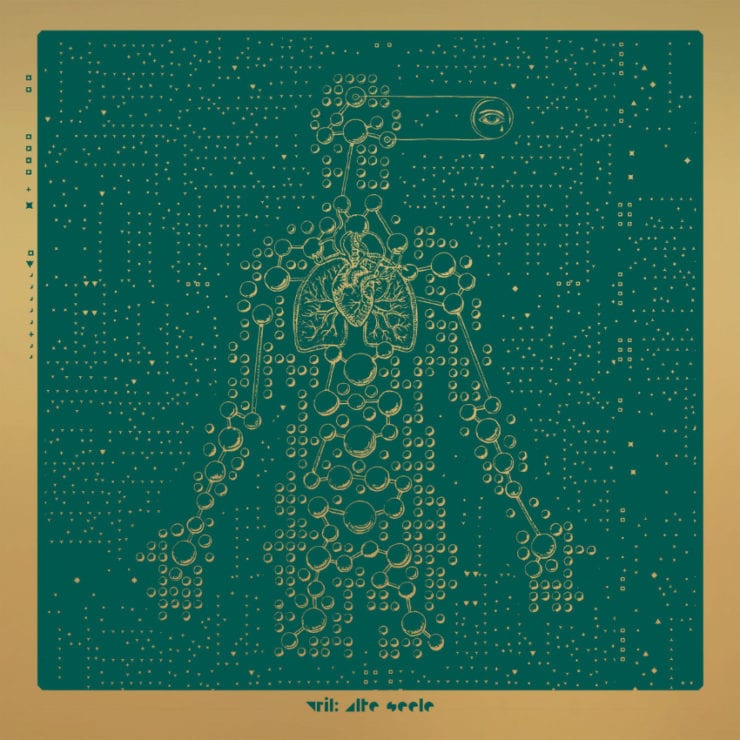 After a busy 2020 of releasing two excellent albums – ‘Bad Manners 4‘ on Marcel Dettmann’s Bad Manners, plus ‘Out Of Place Artefacts‘, co-written with Rødhåd – Vril delivers ‘Alte Seele’, his first new music on Delsin since 2015. Despite featuring just one track from Vril, ‘Alte Seele‘ is a career-defining moment for the producer, marking a left turn his mostly dub-infused sound.

‘Alte Seele’ (“old soul” in German) is a gorgeous, powerful electric dream boosted by epic, cyberpunk melodies and dystopian sound effects. The track unfolds along a classic narrative arc: its introduction perfectly builds excitement, there is lots of buzzing in the background, waiting to come forward, before a bold and strong main melody enters the fray. While the occasional fragments of sci-fi effects put a silvery filter on the track, the conclusion wraps things up tidily with an almost paean theme switches on the lights, achieving a more than satisfactory climax.

Slightly less leftfield, but exciting nonetheless, the club-focused remixes lead the listener to known territories. Voiski’s take is a slow dub techno monument; the Parisian producer creates hazy, dubby atmospheres and let the composition breathe by building its elements slowly, and ultimately reaching big heights. On the flip, Vril teams up with Marcel Dettmann, and puts robotic beats around the main theme, quickly turning the original into a peak-time electro banger.

His Master’s Voice closes the release (an artist who has remixed Vril in the past) and adds his otherworldly sound to the original, making something entirely new. Delsin have always been known for their unique sound and great taste in futuristic electronic music, but Alte Seele easily tops everything in their latest catalogue.

‘Alte Seele’ is out now via Delsin. Order a copy from Bandcamp.